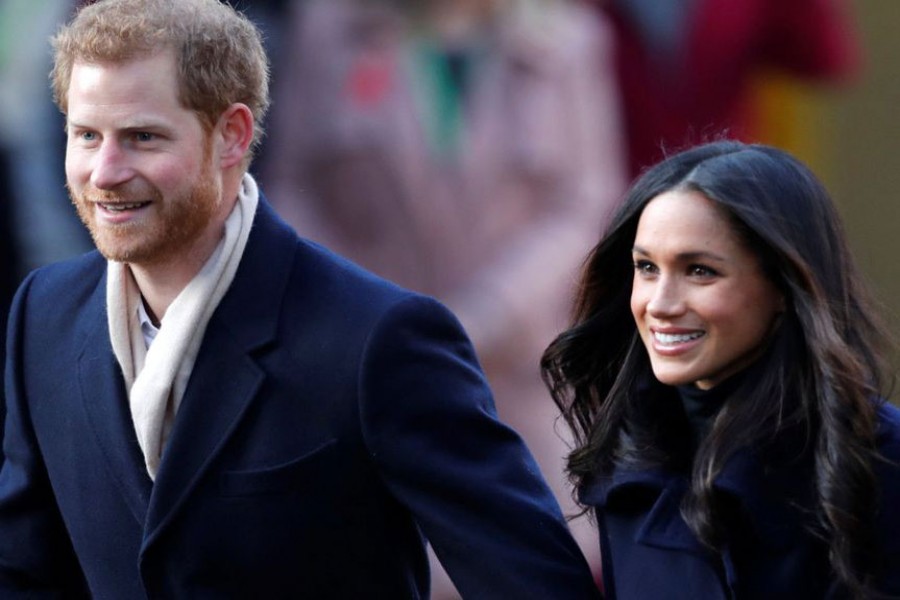 Netflix released the first three episodes in a six-part documentary series on Prince Harry and his wife Meghan on Thursday, showing how the couple met and the problems they say they faced as part of Britain's royal family.

Below are some quotes from the series:

HARRY ON HIS CHILDHOOD AND THE MEDIA

There was always public pressure, with its fair share of drama, stress and also tears, and witnessing those tears. You always see it on my mum's face.

HARRY ON WOMEN IN THE ROYAL FAMILY

He had learnt "the pain and suffering of women marrying into this institution".

When I got to meet M I was terrified of her being driven away by the media, the same media that had driven so many other people away from me.

She sacrificed everything she ever knew, the freedom that she had, to join me in my world. And then pretty soon after that I ended up sacrificing everything that I know to join her in her world.

For so many people in the family, especially the men, there can be a temptation or an urge to marry someone who would fit the mould as opposed to somebody who you are perhaps destined to be with.

The difference between making the decision with your head or your heart. My mum certainly made most of her decisions, if not all of them, from her heart. And I am my mother's son.

HARRY ON MEGHAN AND HIS MOTHER

I accept that there will be people around the world who will fundamentally disagree with what I've done and how I've done it, but I knew that I had to do everything I could to protect my family especially after what happened to my mum. You know, I didn't want history to repeat itself.

He said they had to wear two hats - of grieving sons and the royal hat: "Show no emotion, get out there, meet the people and shake their hands."

HARRY ON THE MEDIA

This is about duty and service and I feel as though, being part of this family, it is my duty to uncover this exploitation and bribery that happens within our media.

To see another woman in my life who I love go through this feeding frenzy, that's hard.

It's basically the hunter versus the prey.

HARRY ON ROYAL CORRESPONDENTS AND EXPERTS

That press pack of royal correspondents is essentially just an extended PR arm of the royal family.

MEGHAN ON THEIR ENGAGEMENT INTERVIEW

Meghan: It was an "orchestrated reality show".

My point is we weren't allowed to tell our story because they didn't want...

Harry: We've never been allowed to tell our story.

In this family, sometimes you're part of the problem rather than part of the solution. And there is a huge level of unconscious bias. The thing with unconscious bias is it's actually no one's fault. But once it's been pointed out or identified within yourself, you then need to make it right. It's education, it's awareness. It's a constant. It's a constant work in progress. For everybody, including me.

HARRY ON DRESSING UP AS A NAZI

It was one of the biggest mistakes of my life. I felt so ashamed afterwards. All I wanted to do was make it right. I sat down and spoke to the chief rabbi in London which had a profound impact on me. I went to Berlin and spoke to a Holocaust survivor. I could have just ignored it and got on and probably made the same mistakes over and over again in my life. But I learned from that.

HARRY ON BRINGING UP THEIR CHILDREN, PARENTS' DIVORCES

What's most important for the two of us is to make sure we don't repeat the same mistakes that perhaps our parents made.

HARRY ON HIS FAMILY MEETING MEGHAN

They were surprised ... maybe surprised that a ginger could land such a beautiful woman, such an intelligent woman, but the fact that I was dating an American actress was probably what clouded their judgement more than anything else at the beginning.

As far as a lot of the family were concerned everything she was being put through, they had been put through as well, so it was almost like a rite of passage.

Some of the members of the family were like my wife had to go through that so why should your girlfriend be treated any differently.

I said the difference here is the race element.

MEGHAN ON MEETING PRINCE WILLIAM AND HIS WIFE KATE
Even when Will and Kate came over, and I met her for the first time, they came over for dinner, I remember I was in ripped jeans and I was barefoot. I was a hugger. I've always been a hugger, I didn't realise that that is really jarring for a lot of Brits.

I guess I started to understand very quickly that the formality on the outside carried through on the inside.