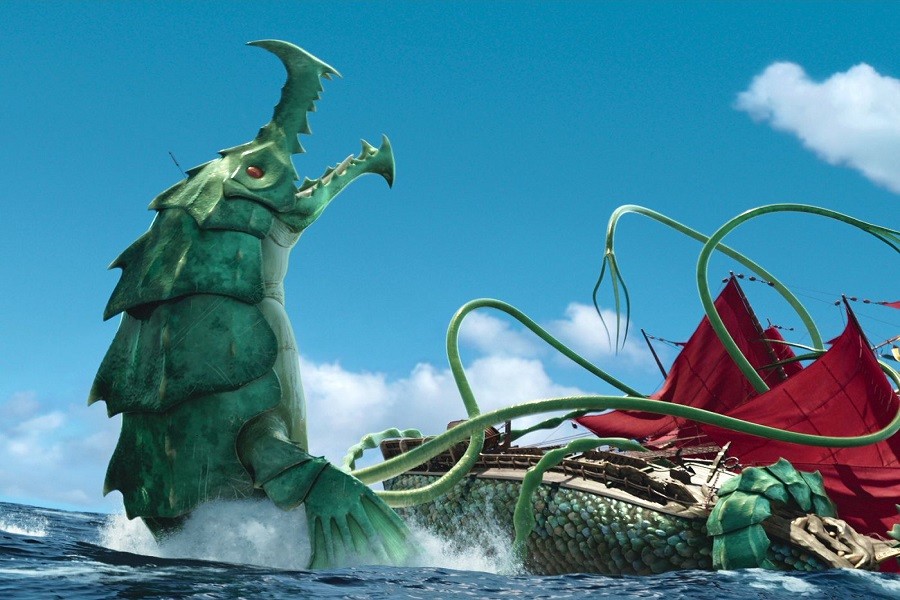 Although Netflix is one of the most popular OTT platforms in the world, it didn’t experiment much in the children’s category, despite having its own production and studios.

This July, Netflix leaped with the computer-animated children’s film The Sea Beast, with Chris Williams as the director known for co-directing in Oscar-worthy animated films like Big Hero 6 and Moana.

The film is set in a different universe where the seas are vastly unknown to humanity as gigantic sea monsters ravage them. Rulers around the world hire hunters to eradicate monsters and make seafaring safe.

This battle between humans vs monsters doesn’t come at a low price, as many hunters die in their risky adventures, and their children become orphans, left to be taken care of by the government.

The key characters in this film share almost the same backstory - parents getting killed by monsters, ending up in orphanages or taken in other hunting ships as apprentices, earning hunting experience as time goes by, a never-ending cycle.

The leading characters of this film are Maisie Brumble and Jacob Holland, the former being the orphan of hunter parents who were killed in action and the latter being one of the most famous hunters in history.

Jacob works in the famed hunting ship ‘The Inevitable,’ captained by Crow who also adopted Jacob as his son. For over thirty years, Captain Crow had a dream - hunting down the fabled Red Bluster, the most fearsome of all sea monsters, and retiring as the most successful hunter ever.

Stalled many times, he makes no stone unturned after being challenged by his monarch - either catch the Red Bluster or face the abolishment of the hunter system.

Maisie becomes the wind of change as the plot progresses. Though she stows away in Crow’s ship with the intent to hunt down monsters, interacting with the beasts makes her change her perspective.

She eventually realises men don’t have to fight with nature, where they can co-exist. Though she considers hunters as heroes, she experienced an epiphany that a person can be wrong even if he’s a hero. She tries to make people realise the misunderstandings between men and monsters till the end.

Jacob is the other character in this movie who Maisie accompanies. Played by Karl Urban (who played Billy the Butcher in The Boys), this cockney-accented character first intended to make Captain Crow proud and hold the wheel of The Inevitable as his successor.

But Maisie makes him understand the error of his ways, and he makes a final stand at the end to stop this bloodbath cycle. He shares a father-daughter relationship with Maisie, a well-known trope in animated movies.

The Sea Beast has a distinct Disney animated movie vibe, which is quite evident as director Williams had experience with the company. Moreover, the seafaring and bounty hunter setting make this movie look like an animated Pirates of the Caribbean, which was captivating to watch with the stunning animation and textures of the environments.

Nevertheless, this 119-minute film is enjoyable for younger audiences and has a moral lesson about the environment.