‘Hawa’ to compete at Oscars 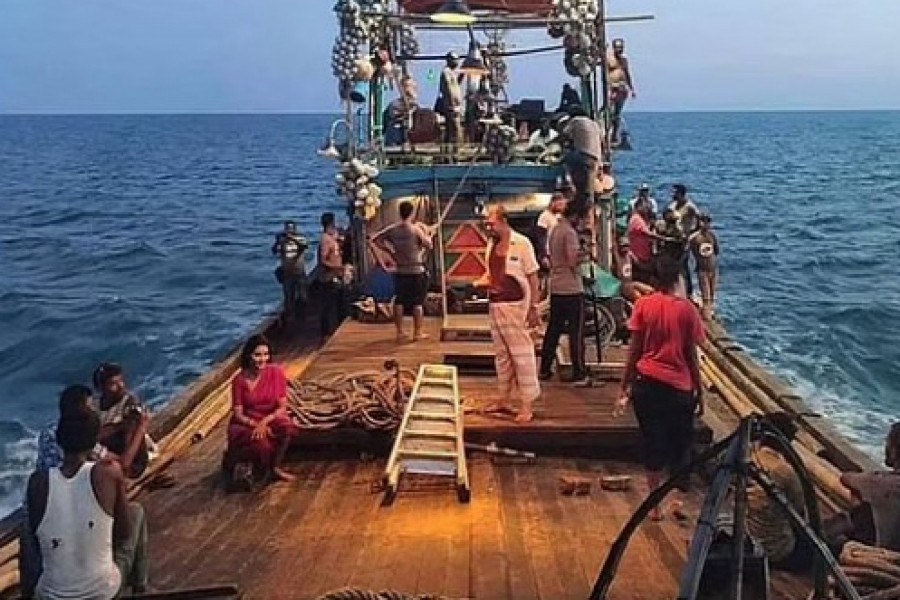 The film ‘Hawa’ (Wind), which was critically acclaimed by both critics and people, has been nominated to compete at the 95th Academy Awards, presented by the Academy of Motion Picture Arts and Sciences, or AMPAS.

The mystery-drama thriller 'Hawa' follows a mute nomadic woman, colloquially identified as “bede”, who is rescued by fishermen from a boat stranded in the middle of the sea.

The lead role of Gulti was played by Nazifa Tushi, an up-and-comer to the industry and the first runner-up in the 2014 Lux Channel I Superstar beauty pageant.

The movie unpacks the gender dynamics of the fishing industry in Bangladesh, focusing on its male-dominated nature.

Much of the slow-burn movie revolves around tussles between men. The foreman of the boat Chan Majhi, played by actor Chanchal Chowdhury, dominates the plot from start to finish. He rules his world and the people caught in it by brute force.

The movie is widely praised for cinematography that takes the viewers away from land into the monotony of sea life. The sudden appearance of a woman, vengeful but mysterious, is a jarring contrast to the men’s world.

The other cast members are Nasir Uddin Khan, Mahmud Alam, Sariful Razz, and Shohel Mondol, among others.

The screenplay was written by Sukarna Sahed Dhiman, Zahin Faruq Amin, and Sumon, while Sumon wrote the story and dialogue for the movie.

"Hawa" was produced by Sun Music and Motion Pictures. Jazz Multimedia is the distributor of the film in Bangladesh.

Multiplexes in Dhaka - the Cineplex in Bashundhara City and Blockbuster and Jamuna Future Park, and Balaka Cinema Hall near the New Market area are currently showing 'Hawa'.