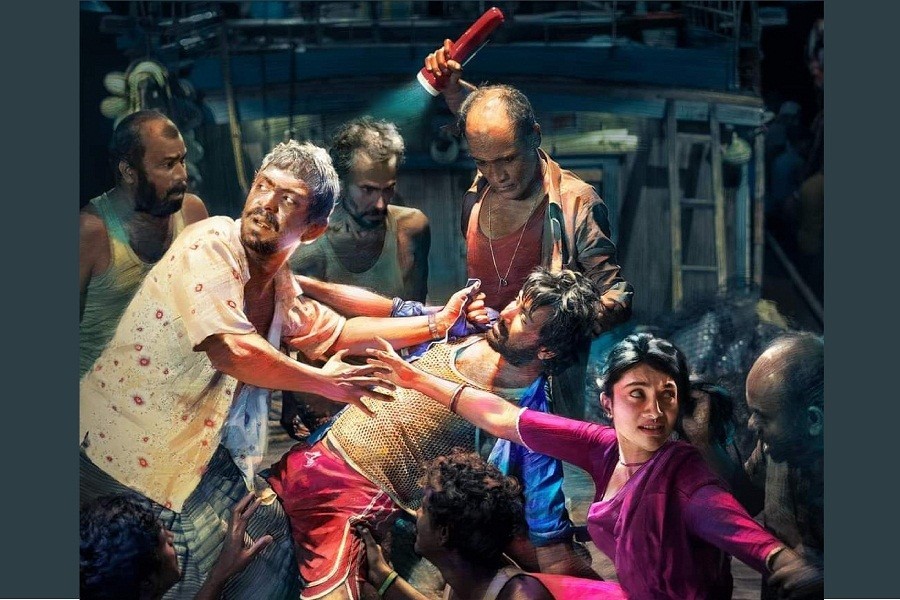 No Bangladeshi film in recent memory has created such hype in the hearts of the audience as Hawa, a film directed by Mejbaur Rahman Sumon. The film has been released in twenty-four halls across the country, and all tickets have been sold out for nearly a week.

Such a feat has never been seen before, at least in a decade. The film has rocked the cradle with amazing tracks like 'Shada Shada Kala Kala,' 'E Hawa,' and had there been a music chart in our industry, the two songs would have been chart-busters.

Extensive marketing and promotion create additional pressure on films, as it raises the bar high. Most of the time, the film fails to deliver a result good enough to back such promotion, but not this time. Hawa has lived up to everybody's expectations, and in places, exceeded them.

The film is not an art-house film per se like Rehana Mariam Noor, nor a commercial film like Poran or Din The Day. The film treads the fine line between the two sections and stands apart. The film is hard to categorise into a certain genre. All that can be said is that it is a nice potboiler of mystery, thrills, and fantasy.

The film relies on its storyline and the performances of the actors, which is indicative of the prowess of Mejbaur Rahman Sumon and the screenwriters, Faruque Jahan Amin and Sukorno Shahed Dhiman. The cinematography has been the best in Dhallywood so far, as has been the CGI and graphics (unlike a certain hundred-crore film!).

The film has a distinctly local vibe, from its background music to its treatment of the plot, the audience will find the lingering smell of their own story. Everything has been developed from scratch, and all the characters have gone through their distinctive arcs.

The film could have treated its ending with a bit more nuance and care, but that is alright. The plot is a slow-burning journey with some explosive, raw moments of conflict where the audience will be on the edge of their seats. The film is full of expletives and some adult bits, and the uncensored expletives result in some of the most hilarious moments in the film.

Veteran actor Chanchal Chowdhury has stolen the spotlight as Chaan Majhi, the captain of the fishing boat. Shariful Razz has delivered the best performance of his career so far (such lines have been written after Gunin and Poran as well!). Nazifa Tushi as Gulti has left an impact on the screen with her powerful performance. Both Nasir Uddin Khan and Sumon Anwar have lived up to their names, as has Sohel Mondol, even though he did not have much screen presence.

The technical aspects of the film have been superb, even though the background music has been too loud to hear the actual dialogues of the film at times. The scale on which the film has been made is immensely attractive and grandiose. Sometimes the actors spoke in proper Bangla, not in the dialect, which felt a little out of place.

The film could be a game-changer for the Bangladeshi film industry. Give it a try, just make sure the children are not with you; well, it's not an adult film either.