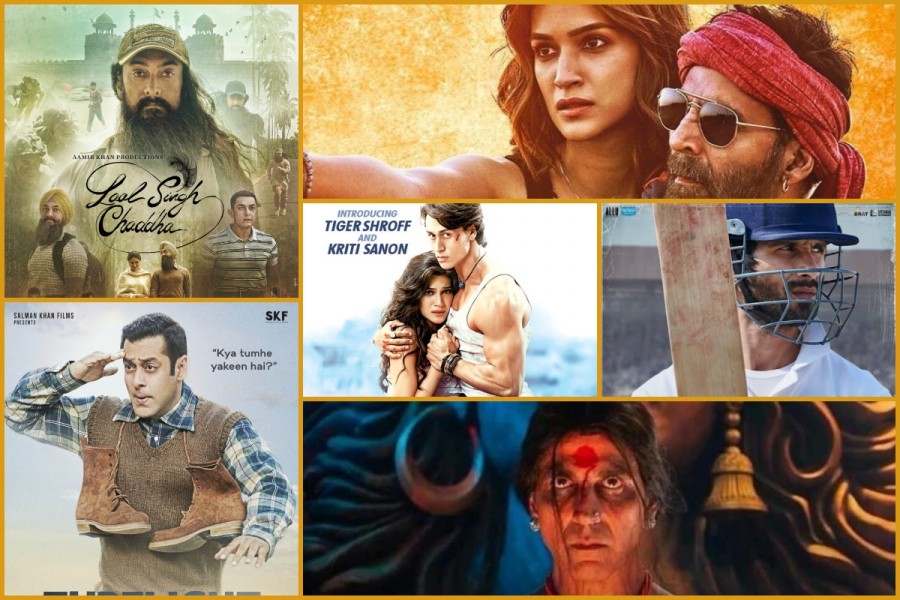 Get by heart the premature twenties how Shah Rukh Khan used to make us spellbinding with his hard-to-resist acting and remarkable stories.

Does this mean we disapprove of remakes? The abrupt retort is no. It would be unreasonable to write off the yet-to-be-released remakes as flippant until seeing them for ourselves. It would be just as absurd to assert that the ones that have previously been distributed are wholly devoid of merit.

But herein lies the hitch, possibly with Bollywood's core ideas towards remakes: are they actually improving upon the original?

For if it weren't, the point of the remake would be moot. Until around a decade ago, many films in the South Indian film industry were remakes of movies originally made in India. Those times are long past, and indeed the tables have flipped.

At this point, Bollywood is the one choosing South flicks to adapt. The writers in Bollywood nowadays merely can produce entertaining, novel-length works. The movies are either based on books or characters or are remakes or biopics.

Remakes Bollywood made from South in the last decade

Is Bollywood suffering from a dearth of talented authors, or are they just unmotivated?

Bollywood's current state may be seen in the fact that even established filmmakers, including Karan Johar, Joya Akhter, Anurag Kashyap and Neeraj Pandey, are releasing remakes. When a promising performer like Akshay Kumar keeps giving remakes and flops, the problem feels more pressing than ever.

In a survey of 535 participants, 56 per cent think Bollywood has turned into 'remakewood,' while 44 per cent don't see any problem here. Are remakes always bad?

For example, the 2005 Tamil movie Ghajini was remade with the same name in Bollywood, which won hearts with Asin and Aamir's perfection. And then you check some recent remakes. Say 'Veerta: The power,' a rom-com with a superficial storyline. The action and the expressive eyes of Allu Arjun were top-notch in that movie. It reappeared as Heropanti starring Tiger Shroff, who is a dancer, martial artist, bodybuilder and part-time actor with zero expressions to spoil the beautiful rom-com with unnecessary action.

Akshay Kumar, one of the biggest stars of Bollywood, has been continuously doing biopics and remakes. Aamir Khan's recent Laal Singh Chadda, a remake of the Hollywood classic Forrest Gump, failed at the box office. With identical expressions from his last movies, the audience, in some parts, forgot whether they were watching PK, 3 Idiots or Lal Singh.

There was a time audiences impatiently waited for movies to release, and now there's hardly any buzz. Experts believe the major reason behind this downfall of Bollywood is nepotism and not opting for new talent.

The same cliche rom-com productions aren't attracting audiences, and the worst part is actors with zero expressions and skills are being taken.

The rise of digital streaming platforms has also contributed to the downfall of Bollywood. It's like Bollywood is gradually losing its sparkle, and continuous remakes are accelerating the downfall.

'Pathaan': How a cliche film became an industry hit