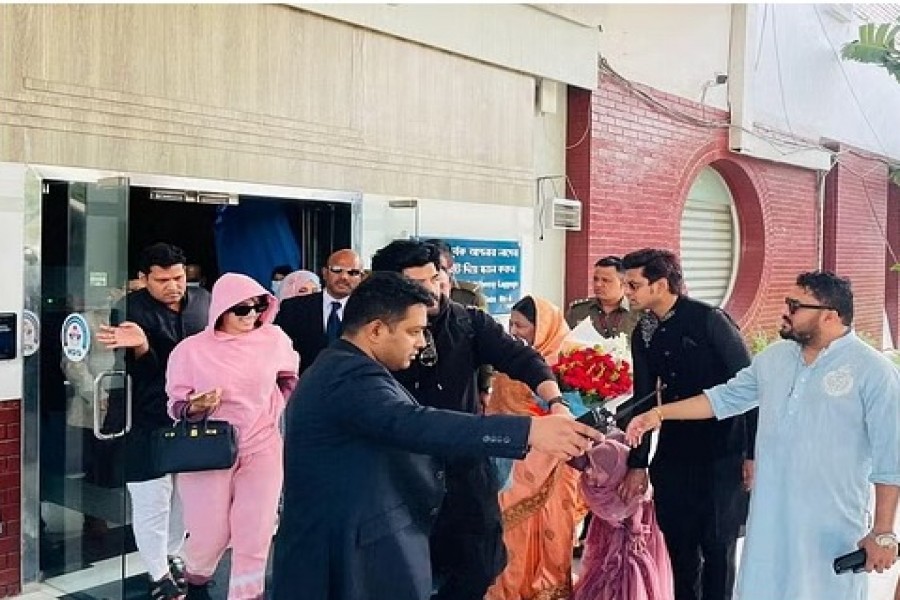 Bollywood actress Nora Fatehi has arrived in Bangladesh, ending months of speculation on whether she will be allowed to perform at an event in the capital.

Reporters flocked to the hotel to speak to Fatehi, only to be told that she would not be speaking to the media before the Women's Leadership Corporation event where she is scheduled to perform.

A photo of Fatehi leaving the Dhaka airport was also posted on the Facebook page of the organisers.

"Nora Fatehi took a seven-hour flight to Dhaka. She's a bit tired. She also has to prepare for the event in the evening so she prefers not to face reporters right now. We also have to respect the needs of the artist," said Ishrat Jahan, an organiser.

Fatehi will take part in an event titled 'Women Empowerment in Bangladesh' at the International Convention City Bashundhara on Friday evening. Fatehi will leave Dhaka on Saturday.

The government had previously denied clearance to the artist to perform in Dhaka to avoid putting any additional strain on the forex reserves in light of an ongoing foreign currency crunch.

Later, the information ministry gave her permission to shoot in Dhaka, subject to a set of conditions.

"Everyone knows about the complications surrounding Nora's trip to Dhaka. The event has been in the works for around eight months," said Ishrat.

"We took permission from the authorities [to bring Fatehi to Bangladesh] but it was later withdrawn. Nora eventually booked her flight to Dhaka three days ago and we are happy that she's finally here."