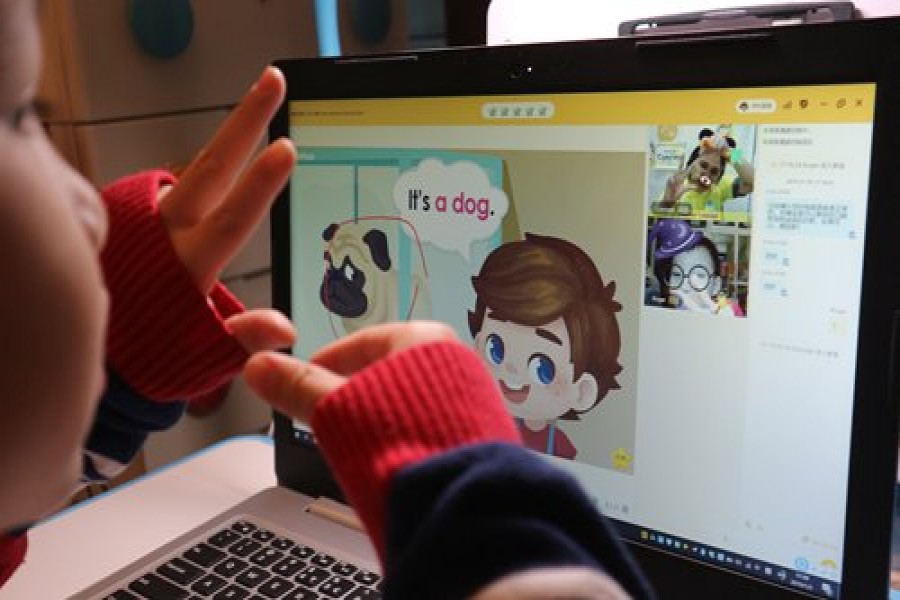 Ne Zha, a warrior deity in Chinese mythology, frequently appears in Chinese legends and literature including Journey to the West, one of the four great classic novels of Chinese literature. Yet the figure in the new animated film is massively different from past depictions.

Take Shanghai Animation Film Studio's 1979 film Prince Ne Zha's Triumph against the Dragon King for example. Ne Zha in the 1979 version is good-looking with arrow-shaped eyebrows and large bright eyes and tries to help others without asking for anything in return. Yet in the new animated film, the character has gaps in his teeth, dark circles under his eyes and instead of representing justice and selflessness, he messes around and causes trouble.

The seemingly devil-may-care character has been a hit with audiences. The film has a score of 8.7 out of 10 on Douban, a major Chinese media rating site, making it the highest-scored Chinese animated film of the past three decades.

This version of Ne Zhe came from the mind of screenwriter and director Jiaozi (lit: dumpling), or Yang Yu. Born in Southwest China's Sichuan Province in 1980, Yang loved to draw as a kid and dreamed of being a cartoonist. Despite his dreams, he decided to make the practical choice and pursue a career in medicine because of the stability and good income. In his third year at medical school, however, he was inspired by a fellow student who decided to give up medicine to pursue his dreams in software development. Although Yang decided to finish medical school, he began to study animation on his own. Upon graduation, he landed a job at a small 3D animation ad company in Chengdu, the capital city of Sichuan Province.

He left the company after a year, however, to focus on his own creations. After three years of hard work at home, he produced the animated short film See Through using the name Jokelate.

See Through reaped over 30 awards at both home and abroad, bringing Yang to the attention of industry insiders. In 2015, he was approached by Yi Qiao from Colorroom Pictures, a Beijing-based animation studio. Yi proposed they work on a film together and so they decided to create Ne Zha.

A perfectionist, Yang wrote a total of 66 versions of the script and drew more than 100 versions of Ne Zha. The team put great effort into each detail of the film.

Ne Zha voice actress Lü Yanting told media that it wasn't unusual for them to record a single line more than 100 times. She noted she almost lost her voice for a month after finishing the voice recording for the film.

While Ne Zha is a mythical hero with extraordinary powers, audiences have found the story in the film very relatable.

In the film, Ne Zha was meant to be born a deity, but instead is reincarnated as a demon by mistake. From the very day he is born, people live in fear of the child and urges his father to kill him to prevent him from causing disasters. Fortunately, his parents choose to protect him.

Yang said he hopes the film can encourage people to challenge what people think of them, just like how Ne Zha takes control of his life and changes people's bias toward him.

"You are the one to say what kind of person you are. It all depends on the choices that you make, rather than believing in so-called destiny," he said in an interview with media.

Unlike other works about Ne Zha, his parents love and protect him with all their strength in the new film. This may be another reason why the film has captured the hearts of audiences, as love conquers all and helps Ne Zha change his life.

While the animated film has seen a flood of positive reviews online, there has been some voices of opposition. Some netizens feel that the film has completely changed the classic story to such an extent that only the name of the warrior deity remains the same.

Chen Changye, a Chinese film critic, holds the opposite opinion.

"The story of Ne Zha is fictional. It's different from history, which is true… It doesn't matter that much whether there's any adaptation or creative license... For such a well-known figure like Ne Zha, people are very familiar with his stories. When a new film takes audiences by surprise with a new story about Ne Zha, it is very nice. Particularly, when his parents are depicted more like ordinary parents who love and want to protect their child, which could happen in real life. That is really good," Chen told the Global Times.

Venice Film Festival will go ahead in September: Veneto governor

Drive-in movie stages make a comeback in US