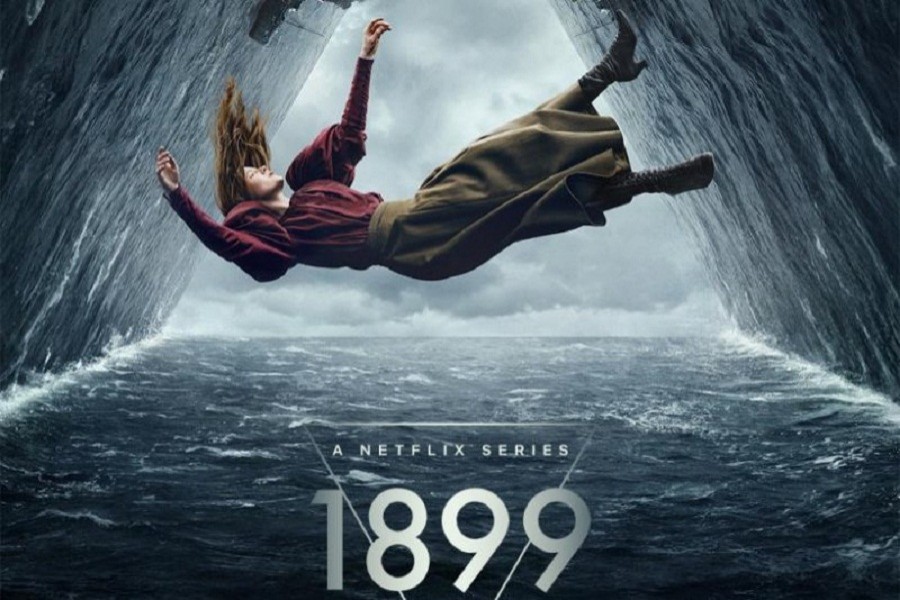 2020 was the year of non-English web series. Dark stormed Netflix and became one of the most successful foreign-language TV series worldwide. Baran bo Odar and Jantje Friese were the creators of this German series, and the audience loved every bit of its time-travelling mysteries across generations.

The director duo then announced another sci-fi series with some horror elements. After massive anticipation, it's finally here: 1899, more mysterious and complex than Dark.

Unlike a less-known town in Germany, the plot is set on a ship called Kerberos, wading through the Atlantic Ocean. Passengers from various countries boarded the ship with hopes and dreams of starting their new lives in New York City.

Among them, Maura Franklin, one of the first British female neurosurgeons, is the protagonist of this show. She isn't on the ship only to settle down in a new country; she also seeks the whereabouts of her missing brother.

The mysteries start in the pilot episode when the ship Eyk receives distress calls from another ship, Prometheus, which has been missing for four months. Coincidentally, Maura's brother was last seen on that ship four months ago. But there were no signs of survivors except for a boy, so who sent those signals?

To every passenger's dismay, Eyk decides to tow Prometheus back to Europe. Since then, sinister phenomena have started to take place in Kerberos. Passengers riot against the ship's crew; they start to go missing, and every passenger experiences horrifying nightmares and faces their dark secrets straight on. There is no stopping the nightmares as if they're stuck in loops of a simulation.

1899 invokes more questions than answers. At first, Kerberos reminds us of the real-life Titanic: European migrants travelling through the ocean to start a new life in America. Soon, the story turns into some kind of mix-up of Inception and Westworld.

How did a boy become the only survivor of Prometheus? What are the passengers on Kerberos hiding from each other? Is their existence on the ship only a dream? What are Maura's father and brother planning for them? Maura is the protagonist; only she can find out the answers.

This series has an interesting set of mysteries, and they often become convoluted and mind-boggling. But Dark fans are totally in for it, as Baran bo Odar is never stingy with adding more brainteasers to the plot.

This series has an exceptional cast, including prominent actors and actresses across different countries, such as British actress Emily Beecham and German actor Andreas Pietschmann from Dark, among many others. This leads to using multiple languages in the show, which is a unique take. Nevertheless, 1899 is an eight-episode series full of suspense and a rare treat for fans of the mystery genre.