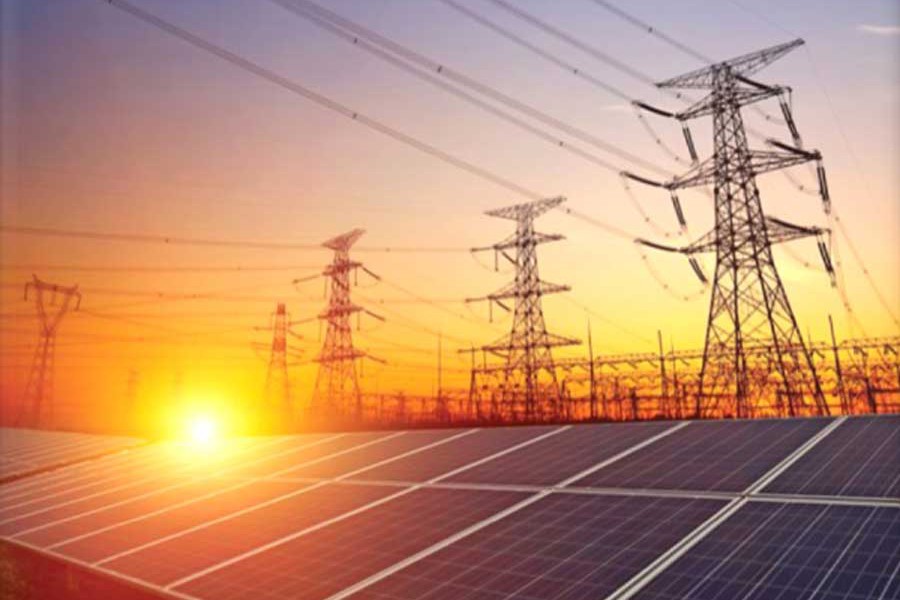 The 7th Five-Year Plan (7FYP) of Bangladesh, which is also aligned with SDGs, outlines the goal for the power and energy sector as"Ensure sustainability in production, consumption and use of power, energy and mineral resources". In this direction Bangladesh Planning Commission prepared Sector Strategy Paper (SSP) for Power and Energy in 2018 that covers Ministry of Power, Energy and Mineral Resources and that of its two main Divisions - Power Division and the Energy and Mineral Resources Division. The SSP hints at the enormous funding requirement of about BDT 2,415 billion during the 7FYP period. Well, as anticipated the funding alternatives commonly include internal sources like public purse and private investment and external sources like foreign direct investment (FDI), Public Private Partnership (PPP) and development partners. It is worthwhile to mention here that developing economies concentrate more and more on external finance as investment requirement increases sharply when a country progresses.

The government of Bangladesh (GoB) had been adopting different in-house reform measures from time to time during the last decade for the power and energy sector ranging from attracting private investment to increasing electricity and gas prices. To support the highly capital intensive nature of the sector, the government also encourages PPP. Construction of LPG Import, Storage and Bottling Plant in Chattogram is a recent example to this end.

Similarly, the GoB has signed multiple contracts to implement power and energy sector infrastructure projects with the international development partners including JICA and World Bank. The types of projects comprise both modern coal-based power projects and low-carbon alternatives, for example, nuclear power plant as well as solar power projects. Successful implementation of those projects is expected to ensure energy security and make modern energy alternatives available at affordable prices without hurting the environment much. The major growth-enhancing projects are aimed at meeting the rising power and energy demand in the days ahead, for what the JICA has already sanctioned ODA loan including multi-billion dollar Matarbari Ultra Super Critical Coal-Fired Power Project, Energy Efficiency and Conservation Promotion Financing Project, Natural Gas Efficiency Project, National Power Transmission Network Development Project and New Haripur Power Plant Development Project. Moreover, the World Bank (WB) has concentrated more on financing renewable and clean energy sector in Bangladesh in recent times besides its co-financing project with GoB like Siddhirganj 335-megawatt (MW) combined cycle power plant (CCPP). In 2019 Bangladesh inked a $185 million financing agreement with the WB to add a 310 MW of renewable energy generation capacity. On top of that, we can take the example of Russian Federation-financed $13.34 billion Rooppur Nuclear Power Project in Pabna that will have the maximum generation capacity of 2X1200 MW of electricity by 2025 and much more when the project work will be finished.

While some researchers advocate foreign investments and loans to the power & energy sector as it is fundamental to economic growth, a recent study based on 90 developing countries shows that foreign direct investment in infrastructure (FDII) or foreign loans are generally more sensitive to risks (i.e. Social & Political Risk) than usual FDIs. Now, there remains a classical debate whether countries should welcome more internal or external funding options to finance its energy infrastructure. The viewpoints are divided based on the consideration by individual countries. Although there might be no shortages of investible funds to finance power & energy sector expansions, if the market is attractive for the private investors, Bangladesh seems relying more on external funds to build its energy infrastructure in order to meet escalating energy demand.To analyze the issue further, it is imperative to shed light on the benefits and pitfalls of the foreign funds into the said sectors.

The FDII and loans offer several benefits to the host countries including the opportunity of technology transfer and capital formation in addition to creating a sizeable number of jobs for the locals. Moreover, foreign investment in the power and energy sector is believed to have significant positive impact on 'energy efficiency'. In this regard, we can take the recent example of adopting efficiency enhancing generation, distribution & consumption technologies in energy and power sector of Bangladesh. Also countries would be better off by taking the opportunity of 'low cost' foreign fund as an alternative to feed the high capital demand in the related infrastructure development.

On the flip side, there exists some considerable drawbacks. First of all, too much dependence on foreign funds lowers the bargaining power of the country. The rising cost of fund, for instance, is the initial effect as can be expected. Besides, high external borrowing will have an incremental effect on the debt to GDP ratio. In this respect, a 2019 study by the World Bank that if the debt to GDP ratio of a country remains high for an extended period of time, it slows economic growth which is a matter of concern. Secondly, foreign investment in the power & energy sector may pose a threat to energy security. While emerging countries like Bangladesh need to attach strategic importance to power & energy, it is of pressing interest to prioritize complex geopolitical issues and uncertainties that may arise due to indiscriminate approval of foreign fund flows. Finally, failure to properly regulate the fund flows into the sector, as in the case of some developing and lower middle-income countries (LMICs), is always open to creating 'private-monopolies' in lieu of the inherent 'monopoly' nature of the sector and hence induces the risk of "regulatory capture".

Small-scale PPPs, mostly involving local enterprises and/or private investors, may be one of the potential solutions to minimize the over-dependence on foreign funds into the power & energy sector of Bangladesh. Secondly, strengthening the regulatory framework concerning the power & energy sector, that will also be ancillary in shaping a clear separating-line between the ownership and other critical sectoral issues, demands equal importance. Furthermore, ensuring 'diversification', while selecting and allowing required foreign investment to develop the power & energy infrastructure of the country, will help reap the strategic benefit in the near future.

The writer is Deputy Director of Bangladesh Bank
zamanmania@yahoo.com

Safeguarding the economy during COVID-19 pandemic

How RHD developed digitalisation of procurements

In the event of a total lockdown

Founding Father and the idea of Social Justice

COVID-19 by the numbers