The long economic hangover of pandemics 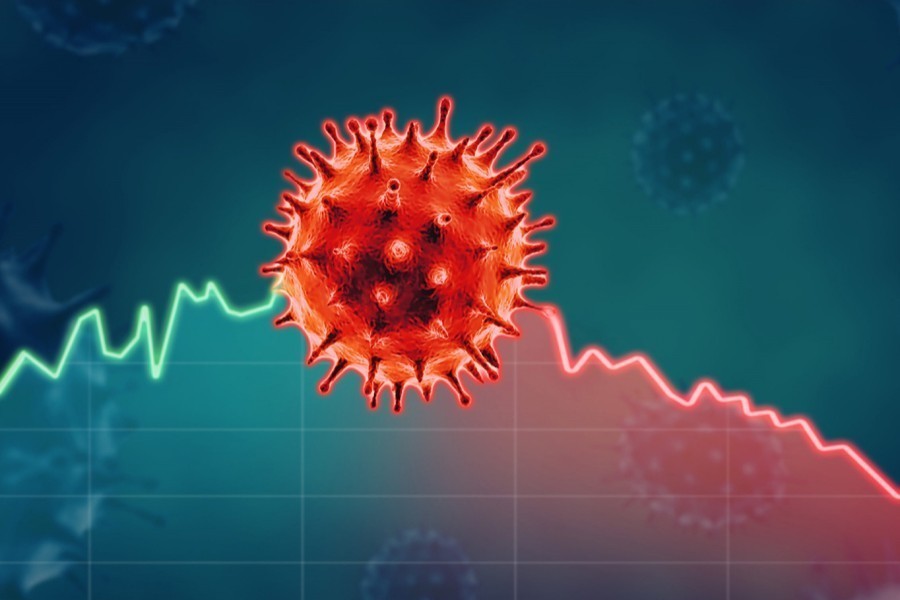 The Covid-19 pandemic's toll on economic activity in recent months is only the beginning of the story. While the rapid and unprecedented collapse of production, trade, and employment may be reversed as the pandemic eases, historical data suggest that long-term economic consequences could persist for a generation or more.

Among these are a prolonged period of depressed real interest rates-akin to secular stagnation-that may linger for two decades or more. Still, one piece of good news is that these sustained periods of low borrowing costs are associated with higher real wages and create ample room for governments to finance stimulus measures to counteract economic damage caused by the pandemic.

Research on the economic fallout of the ongoing Covid-19 pandemic has so far naturally focused on the short-term impacts from mitigation and containment strategies. However, as governments engage in large-scale counter-pandemic fiscal programs, it is important to understand what the economic landscape will look like in the years and decades to come. That landscape will shape monetary and fiscal policy in ways that are not yet fully understood.

A look at previous pandemics, going back to the Black Death in the 1300s, can help fill this gap by shedding light on their medium- to long-term economic effects. In extrapolating from historical trends, though, it's important to note one crucial distinction. Past pandemics such as the Black Death occurred at times when virtually no one survived to old age. With today's longer life spans, perhaps this time may be different: Covid-19 mortality appears to disproportionately affect the elderly, who typically no longer participate in the labour force and tend to save more than the young.

PANDEMICS AND MACROECONOMICS: Historical studies have typically focused on one event, in one country or region, and have traced local outcomes a decade at most. But in large-scale pandemics, effects will be felt across whole economies, or across wider regions, for two reasons: either because the infection itself is widespread or because trade and market integration eventually propagate the economic shock across the map.

In a new paper, Jordà, Singh, and Taylor (2020), we take a global view of the macroeconomic consequences of pandemics across a number of European economies. We focus on the aftermath of 15 large pandemic events with at least 100,000 deaths, which are listed in the table.

Using newly available data on yields of long-term sovereign debt stretching back to the 14th century (Schmelzing 2020), we estimate the response of a so-called real (after-inflation) natural rate of interest in Europe following a major pandemic. In what follows, we refer simply to the "natural rate."

Economists speak of the natural, or neutral, rate of interest as the equilibrium level that would keep the economy growing at its potential rate with stable inflation. In the long run, the relative demand and supply of loanable funds by savers and borrowers determine the natural rate.

The natural rate is an important economic barometer. For example, as populations become more frugal, the relative supply of savings increases; when the underlying pace of growth wanes, investment becomes less attractive-in both cases, the natural rate declines to restore equilibrium.

As shown in Chart-1, pandemics have long-lasting effects on interest rates. Following a pandemic, the response of the natural rate of interest is tilted down by nearly 1.50 percentage points about 20 years later. For perspective, that decline is comparable to what we have experienced from the mid-1980s to today. We also find that it takes an additional 20 years for the natural rate to return to its original level.

STAGGERING FINDINGS: These results are staggering and speak to the large economic effects pandemics have had over the centuries. It is well known that after major recessions caused by financial crises, real safe rates-which are closely tied to the natural rate-can be depressed for five to 10 years (Jordà, Schularick, and Taylor 2013), but the persistence of the responses here is even more pronounced.

The evidence presented in Chart-1 is consistent with the well-known neoclassical growth model. Loss of labour without parallel destruction of capital leads to a rebalancing of the relative returns to labour and capital. The resulting drop in interest rates may also be amplified by increased saving by pandemic survivors-they may simply wish to rebuild their wealth or may just be more frugal out of caution.

If this explanation is correct, we should see a very different pattern following a quite different type of historical event that also leads to massive loss of life: war. Unlike pandemics, major armed conflicts also result in destruction of crops, land, structures, and machinery: in other words, the loss of capital.

To explore further, we extended our initial estimates to include major wars that resulted in large loss of life (and large loss of land, structures, and other traditional forms of capital). The results could not be clearer. In wars, the relative loss of capital to labour tilts the interest rate response up, not down, as Chart-1 also shows. Wars tend to leave real interest rates elevated for 30 to 40 years, and in an economically (and statistically) significant way.

If the neoclassical mechanism is correct, there is another dimension where the effects of pandemics should be visible. As the labour-to-capital ratio declines, the natural rate should decline but real wages should increase. Chart-2 shows the response of the real wage to pandemics; it rises gradually so that, 40 years out, the real wage is about 10 per cent higher. This pattern is thus consistent with the logic of the neoclassical growth model.

NET RESULT: The great historical pandemics of the past millennium have typically been associated with subsequent low returns on assets. Measured by deviations in the natural rate of interest, these responses indicate that pandemics are followed by sustained periods-over multiple decades-with depressed real interest rates. This may reflect a lack of needed investment (because of excess capital per unit of surviving labour), an increased desire to save (out of caution, greater uncertainty, or a desire to rebuild depleted wealth), or both.

If the historical trends we have highlighted play out similarly in the wake of Covid-19, then secular stagnation (Summers 2014) would be a concern for monetary and fiscal stabilisation policy for the next two decades or more.

First, the death toll of Covid-19 relative to the total population could be smaller than that of some of the major pandemics of the past, if modern medical care and public health measures are more effective.

Second, Covid-19 affects primarily the elderly, who are no longer in the labour force and tend to save relatively more than the young-a big difference from past centuries, when people had shorter life expectancies.

On net, we still expect a sustained period of low real interest rates (though attenuated by the factors we discussed). Low real rates should then provide welcome fiscal space for governments to aggressively mitigate the consequences of the pandemic.

Òscar Jorda is senior policy advisor at the Federal Reserve Bank of San Francisco and professor of economics at the University of California, Davis.

Sanjay R Singh is an assistant professor of economics at the University of California, Davis.

Alan M Taylor is a professor of economics and finance at the University of California, Davis.

Doing it with Google across whole Bangladesh

Regional blocs: The benefit of banding together