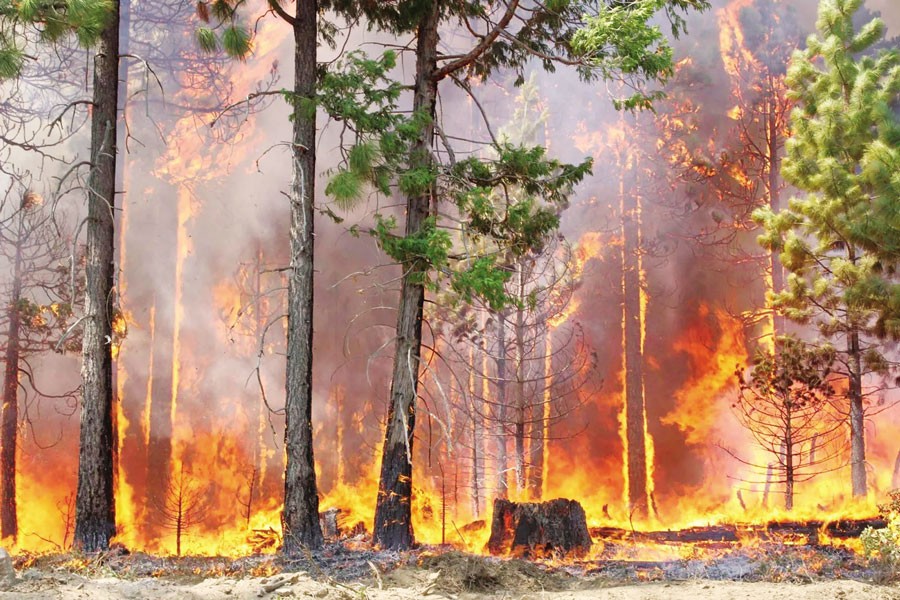 Even though the epidemic is yet to be over with its residual mild and isolated visitations still giving people harrowing time here and there, a phenomenal post-pandemic transformation has already taken place. The transformation, unfortunately is not for the better but for the worse ---if not for the worst. What is concerning is that the transformation is far greater within human mind than its appearance outside in the form of social distance and divide, economic travail, unemployment, inflation and hunger.
Given the unprecedented emergency when Covid-19 caught country after country off-guard, there was a clear sign that the humanity was ready to transcend its selfish boundary and do all it can for the ailing and the needy. Even in this country, people did not wait for government aid but came forward with foods and other material support for people who had no way of managing any either on account of lockdowns or other reasons. Even members of the law enforcement agencies in their individual capacities helped people in dire needs.
Generosity flowed from unexpected corners. Maybe, in the face of life's most uncertain times people found enough reasons to reach out to fellow human beings. Thus coronavirus left, by default, a sobering realisation for people everywhere to cultivate the virtue of compassion, piety and charity. Many were encouraged by the overflowing fellow-feeling to see that the world might come out of its self-centred shell to feel happy with sharing their fortunes with the less fortunate.
But alas! This was not to happen. The flow of kindness and fellow-feeling did not take much long to dry up immediately after the disease started to beat a retreat following vaccination. In fact vaccination itself triggered the national divides with the rich world and their giant pharmaceutical companies making a heyday of the clear advantage of using vaccines as a weapon. Had a few companies not come out with their own brand of vaccine, what would be the level of monopolisation is simply nightmarish to imagine.
It is the poor ---both individuals and nations ---who have borne the brunt of vaccine hegemony. The seed of discord was primarily sown in the form of manufacture and distribution of vaccine. Indeed, the earlier and wider the inoculation was, the speedier the recovery of economy. In this poker game of economy, the leaders of rich nations always championing free market economy sensed it was time for serving their interests best.
The game was not limited to just economy, the Western nations even pushed for their spheres of global influence. That was primarily responsible for the Russia-Ukraine conflict. They knew full well that however Russia might have been weakened by the pandemic ---remember at the time of declaring war on Ukraine, more people became afflicted with Covid-19 in Russia than perhaps anywhere else ---but militarily it was never a pushover. They played a gamble but Russia responded what a power of its standing should do.
This explains the exacerbation of the post-pandemic economy of the world. The war has come on the heel of the battering taken by most nations. What was the calculation behind taking the NATO boundary right under the nose of Russia? Did the leaders of the so-called free world take into account the snowballing effects on business, supply of commodities, particularly fossil fuels? Maybe, they knew it and counted on sale of arms. Or, else who takes risk of pushing the world into a turmoil of this order ---maybe, even onto the brink of another world war --- when economies were just turning around?
Today, poor and less solvent nations are made to pay through their noses. Millions in wide swathes of this planet now go to bed with empty stomachs. The dollar is gaining in strength beyond all measures. If the oil-exporting countries are also receiving the benefits, the oil companies mostly based in the West bring the dividend to their countries.
It is sports to them while their targets in the poor parts of the world are suffering and dying. This is why the hostilities as manifest in the garb of friendliness are more a consequence of ill and conspiratorial motive than just a crisis of territorial claims and counter-claims. This sounds like a conspiracy theory but one would not be surprised if the accusation is well-founded.
It is because of this dark psychological make-up suddenly gone haywire that has actually stiffed souls of individuals everywhere. Avarice of wealth and dominance has been taken to new limits on the one hand and on the other people are swooning under the aggression on all fronts of life. Today, some people are more concerned than ever before about their own interests, others with their mere survival and all live in a cocoon of their own.
When people lose faith in collective strength and well-being, they stare into an abysmal ---terrifying and inscrutable. This may be the prelude to a cataclysm humanity is heading for. In fact, the erratic climate is equally getting an ally in the insanity of people --- their leaders in particular --- who are reluctant to learn any lesson either from the pandemic or from the large-scale havoc increasingly being wreaked by natural calamities all across the globe.

A journey back in time in the lap of Nature

Sheikh Hasina: A plinth of success

A Year of Dreams