How right to information is being tackled in India 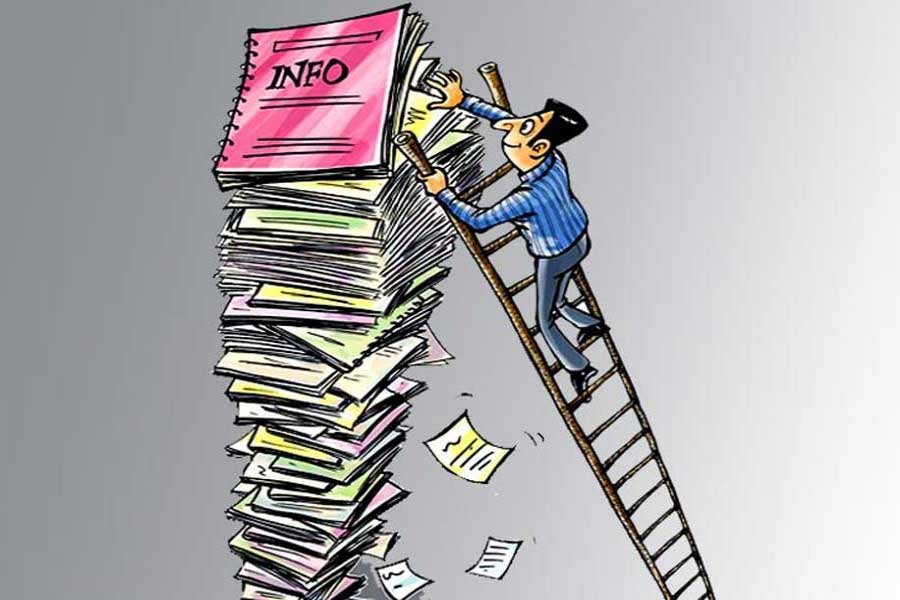 Venkatesh Nayak, Indian Transparency Advocator and Right to Information activist has drawn attention to several interesting elements that have surfaced through the Indian Central Information Commission (CIC) Annual Report (AR) for the year 2020-21.

This report, prepared in accordance with the mandate under Section 25 of the Indian RTI Act, introduced in 2005, has carefully referred to different dimensions revealed through statistics with regard to the receipt and disposal of RTI applications, first appeals and second appeals across Central level Public authorities during the reporting year.

Nayak, a recognised analyst, has pointed out that the report indicates that 2,182 of the 2,275 Central level public authorities registered with the CIC have submitted their RTI statistics for preparing the latest Annual Report (AR). This may be denoted as 95.91 per cent compliance. In this regard it has also been interestingly pointed out that while the number of registered public authorities in India has increased by 82 over the figure of 2019-20, this figure is much lesser than the 2,333 public authorities who had registered with the CIC in 2012-13. Similarly, there is another aspect which has drawn attention. Apparently, according to the RTI Online Facility set up for electronic submission of RTI applications, there are 2,464 public authorities at the Central level. This indicates that despite 16 years of implementation of the RTI Act in India, all public authorities are still not dutifully registering themselves with the CIC for filing RTI-related returns and even among those registered; 200-280 do not comply with the reporting requirement.

However, the Indian CIC-AR has to be understood against the fact that the 2020-21 AR of the CIC is the first one spanning over an entire year of the pandemic which has seen lockdown imposed to contain the spread of the pandemic and urged institutions to also consider carrying out their work from home. This arrangement might have affected the performance of hundreds of public authorities that were not at the frontline of the containment exercise.

Nevertheless, interestingly, according to the AR 13.33 million RTI applications were received across the reporting public authorities in 2020-21, which was about 2.95 per cent fewer RTIs than the 2019-20 figure. It appears that there was only a marginal decline in the number of RTIs filed during the first year of the pandemic as compared with the previous year which recorded the highest number of RTIs filed with Central public authorities ever- since the enforcement in 2005. It may be mentioned that the total figures presented in the AR include the RTI application statistics from the Union Territories (UTs) administration as well. From this it appears that the reduction in the number of RTIs filed in 2020-21 was not very significant and that the pandemic did not prove to be a great dampener. Instead, it indicated that the common people have continued to seek information from various Ministries like before.

Nayak, in this regard has also pertinently pointed out that the  Supreme Court received 1,011 fewer RTI applications in 2020-21 as compared with the previous year. Similarly, the Prime Minister's Office's 2020-21 total was 552 less than the previous year. India's Rashtrapati Bhawan also received 461 fewer RTI requests during the pandemic year.

In other words, the same RTI application might be accounted for multiple times depending on how many times it was transferred to public authorities. An additional factor might have also been the double counting of RTI applications which are forwarded by one CPIO to another within the same public authority, as is the common practice. If this is true then the total number of RTI applications filed uniquely i.e., after deducting the number of times they were transferred or forwarded might be much lower than the total figure reported in the AR. This dynamic needs to be carefully scrutinised by the relevant authorities.

One can only hope that our own Information Commission and also those in some other South Asian countries will carefully read the aforesaid Indian report and ascertain for themselves if they are functioning with necessary care in the analysis that will be required before they publish their next Annual Report. They could afterwards take the initiative to initiate inter-active engagement for a more constructive future.

Ahead of the fifth anniversary

The Pioneer of Rural Development

Only One Earth and Restore our Planet

Emerging stress in the forex market

When flooding of low lands was natural