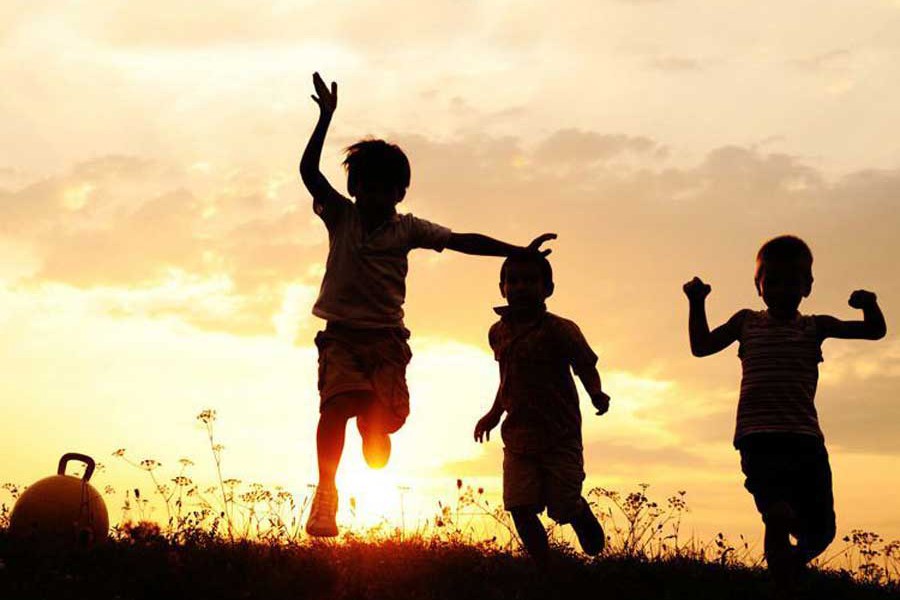 Schooling tiny tots is not only challenging but for many parents highly traumatic. Here is an education system under which a most critical point arrives at the time of admission to a choice school. Parents themselves start preparing their wards much earlier lest the kids would let them down at the admission test, forgetting that at such an early stage of life the pressure can backfire.

Education has been so commercialised that kindergartens like groceries have sprouted ubiquitously all over the capital city. Other cities and towns are fast catching up with the trend. Colourful, glossy brochures start invading homes courtesy of newspapers in which those promotional ads are inserted. Such educational outlets promise anything and everything for kids. No wonder, there is a class called 'PLAY'.

What does it mean exactly? The idea is to make kids accustomed to the ways of schooling. They are free to run, play and do things to their liking and in between when they feel inclined would learn letters and some rudimentary things. Fair enough! But do those schools have playground at all? Hardly there is any space for movement let alone children's sports. Well, some schools have one or two of swings, slides, climbing frames and rocking but it is dangerous to use those because mostly those are on hard cement floors of lawns or rooms.

Such play devices should be located outdoor on grass lawns or playgrounds. Apart from a few reputed schools with spacious playgrounds, the majority lack such facilities. So the provision for a class called 'PLAY' is a misnomer. When both parents are job-holders, they find this a convenient arrangement for their kinds. Instead of sending their children to a baby-care centre, it is better to send them to such an accommodation. After all, as the idea seems to be, there is an opportunity for children to be amidst a large number of their peers of the same age group.

Such schools certainly have categories depending on the facilities commensurate with expenses parents can afford. The elite among those make arrangement for school buses, microbuses or parents themselves send their wards by cars but most of the general categories use school vans -a queer mode of contraption -for picking up children from their residences and sending them back after school. Here is a makeshift vehicle on a rickshaw frame with three wheels. Its body is more like a cage with no indicators or backlights. Children have to huddle into it and sit on two straight bench-like seats facing each other. There is no cushioning of the wheels to absorb shocks.

In the first place, such vehicles should not have any permission for movement on city roads. Second, the thought of sending the small loved ones by such vulnerable vehicles should be mortifying for many parents. No wonder, in some cases one or the other parent is compelled to leave job for the sake of accompanying their child to school and back home.

But not all can afford giving up a job. Helpless, they are compelled to enter into such an arrangement. Schools do not have their own vans; it is a side business. Like some private parties who rent their microbuses round the year for carrying school children, here are parties that have arranged for non-motorised school vans. It is their responsibility to pick up kids from home and send to schools on time and again return them home.

Much depends on van-pullers' honesty and dedication. In a city where children are abducted for ransom, there is always some risk in such an arrangement. Fortunately, accidents involving such kid carriages and kidnap of the small passengers are next to nothing. One of the reasons for this may be the movement of such vehicles within selected areas and avoidance of busy thoroughfares. So far as absence of abduction is concerned, the employment of pullers of vans is of permanent nature and their employers are powerful players who keep tab on the movement of pullers all the time.

However, these are no guarantee for never happening the undesirable. Here is a schooling system that calls for thorough overhaul. It robs children of their childhood. They are turned into proverbial parrots that master the art of producing what they are told to without knowing the meaning. The objective should be to nurture their potential with which they are born. They must be given to understand that each one can do amazing things if only they explore within themselves their true strength. With love and amid fun they will manage the miracle happen.

There is need for creating an enabling environment. Schools should have comparable standard and there should not be rush for admission to some select schools. A daunting challenge, no doubt but it has to be accepted in the interest of the young generation.