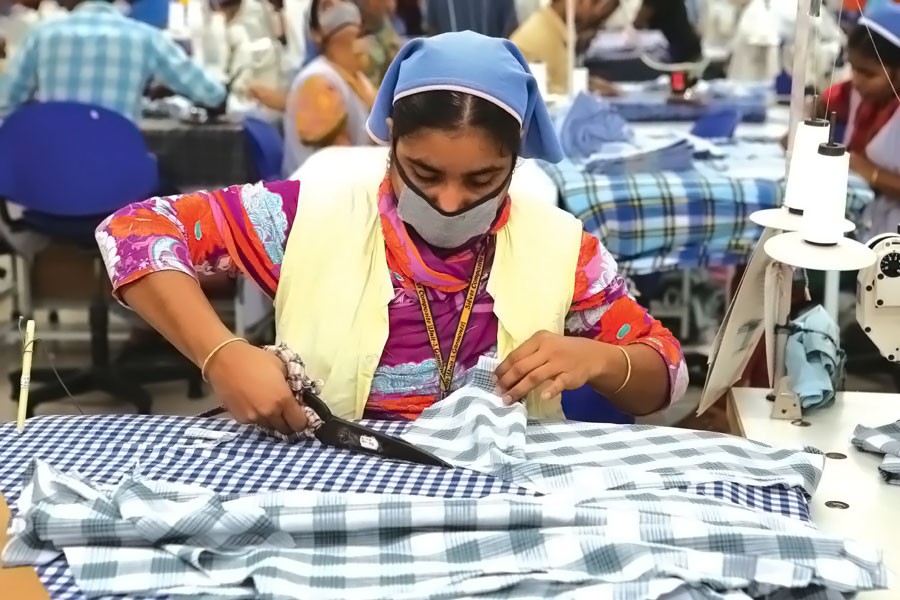 Both countries have very important economic relations with Bangladesh. India has a large surplus in official trade; a large surplus in informal trade; a large surplus in services [medical and educational]; a large flow of remittances by Indians resident in Bangladesh [variously reported as US$2-4 billion]. There is substantial under invoicing of Indian imports. My estimate is that if one takes all of these into account the current account deficit with India is about $12 billion. The disbursement of Indian aid is of the order of $100-200 million per year. Bangladesh is doing a lot to help the Indian economy. This deficit with India is increasing steadily.

China runs a large trade surplus with Bangladesh. There is limited informal trade but there is massive under invoicing of Chinese imports to Bangladesh. The service balance is small and there are limited remittances back to China. I estimate that the current account deficit with China is about $15 billion. The disbursement of Chinese aid is of the order of $1 billion. Bangladesh is doing a lot to help the Chinese economy. The deficit with China is increasing rapidly.

These large current account surpluses help them, not Bangladesh. The most important support for Bangladesh's economic growth is market access for exports. Money for development projects is of much less importance than market access. Bangladesh's most important export is garments and both India and China have not been friendly to exports of Bangladesh's garments. India has worked to block Bangladesh exports, one after another using its anti-dumping laws. Access to the Chinese market is difficult as the way to sell into this market has not been very transparent. Not only are the deficits very large but protectionist policies block rapid expansion of exports. These two countries can hardly be considered friends when their economic policies are so predatory.

China is the major exporter to Bangladesh. In 2016-17 the exports exceeded $10 billion. However, this nominal dollar value does not recognise the massive under invoicing that takes place. One reliable comprehensive source that surveyed about 50% of China's exports to Bangladesh reported that virtually every import by Bangladesh from China was under voiced by 100%. That means that if the invoice said the import value was $1,000 it was in fact $2,000. The difference was paid by the Bangladesh importer through the hundi system. So the value of Chinese exports to Bangladesh is actually about $15 billion. It is widely claimed some imports particularly of used power plants is over invoiced hence overestimating the actual value of the imports from China but will not reach one billion dollars. Bangladesh's exports to China are only $950 million, less than one billion dollars, of which the RMG sector is $390 million.

To put this into perspective Chinese buying power is about equivalent to that of the USA. [The US population is 20% of China; its per capita income is 400% of China's; together as a rough rule of thumb the size of the economies are about the same and purchasing power is similar.] But the Chinese do not allow garments from Bangladesh in large volumes. There have been some efforts to bring Chinese investors to Bangladesh. One of the best ways to increase RMG exports to China is to encourage Chinese manufacturers to produce in Bangladesh and sell to Chinese markets. Much of the exports from Bangladesh to China go via the European and North American brands. These brands access only a small part of the Chinese clothing market. To understand the operation of the Chinese markets requires Chinese producers or Chinese brands targeted at the lower income groups.

Two efforts have been made to bring Chinese producers to Bangladesh. First was a Garment Village to be built and operated jointly by BGMEA and a Chinese group. This failed to materialise. The second is the establishment of a Chinese special economic zone in Chittagong. While this zone has been discussed for the past two years, little has been achieved. As production for Chinese markets gets underway, one should keep in mind three points: First, there will be very great pressure on low prices. Second, some brands probably are already selling in China -- clothing produced in Bangladesh; this market is not a problem, the Bangladesh producers deal with their customers without much consideration for where the goods will be sold. Third, compliance issues for garments destined for China not passing through brands will be much less demanding. It will be complicated to produce directly for the Chinese market from factories that are trying to meet western compliance demands. Compliance certainly increase production costs and Chinese manufacturers will find much of this ridiculous and may not be prepared to cover the compliance costs of the factory that is largely producing for industrial country markets.
One particular point is the formation of independent labor unions. I think it is safe to say that Chinese manufacturers will have little interest in supporting or allowing independent unions. It will be much simpler to separate factories producing for the Chinese market. If this is done in separate factories, then the Chinese buyers can benefit from lower production costs from avoiding much of the compliance. There is a tremendous prospect in producing for the Chinese domestic market. However, arguments over compliance and labour rights may not be separable for the two markets. We can safely say that Bangladesh's penetration of the Chinese market is improving, but is still very low.

India is another matter. Bangladesh manufacturers know how to sell to India. But the Indian policy is pure protectionism. It is diplomacy that has to reduce protection policy of India.
To deal with these two countries a much tougher trade policy is needed. Both India and China should open up to Bangladesh garments. But neither will do so unless they see that there is a loss to them in failing to do so. Here are a few points:

To contain under invoicing an additional tariff of 50% should be levied on all imports of consumer goods from India and China. These two countries should certify that shipments are not under invoiced. Sooner or later the EU and the United States are going to scream about these discriminatory trade practices.

Slow down all of the Indian connection programmes of railways, roads, port use, delaying further progress until the garment export restrictions are removed. These connection programmes do little for Bangladesh and really only benefit India. Argue about the conditions over and over. If there is one thing that Bangladesh bureaucrats are good at it is going slow. Go slower until the garment restrictions are removed. Indeed India is trying to build up its garment sector to compete with Bangladesh. Now most observers believe that the Indians will not be successful in these endeavors but it is still a sign of the true Indian attitude that such a major effort it being made to become competitive with Bangladesh's most important export.

You can deal with the Chinese. Negotiate a trade agreement that calls for reaching $5 billion of garment exports to China in five years. Speed up the efforts to bring Chinese manufacturers to Bangladesh. But require that every investor must also join in a Joint Venture outside the SEZs to produce at least the same amount of garments as is to be produced within the SEZs. This kind of experience and technology sharing is something that the foreign investors in China face.