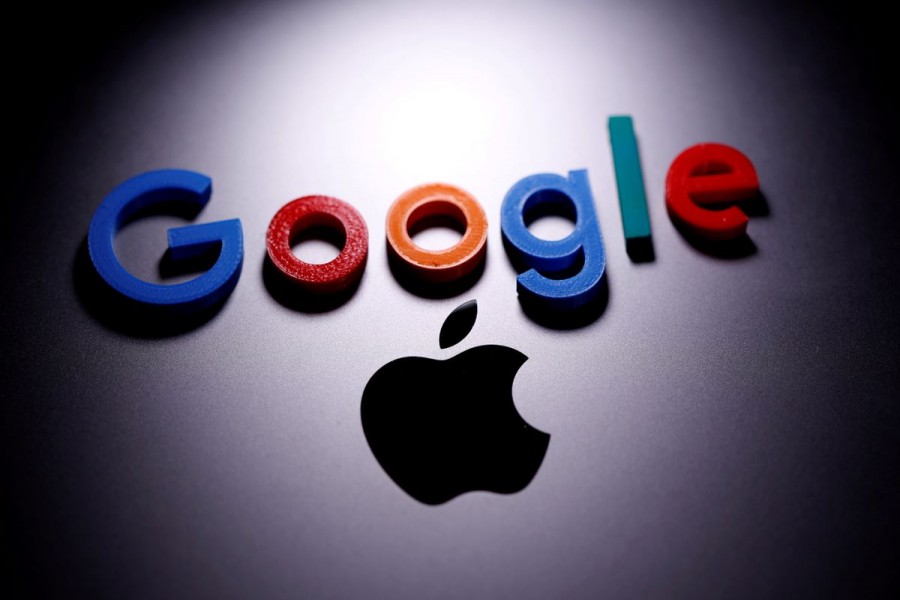 A 3D printed Google logo is placed on the Apple Macbook in this illustration taken April 12, 2020. REUTERS/Dado Ruvic/Illustration/File Photo

Britain's competition watchdog on Tuesday launched an in-depth investigation into the dominance of the mobile browsers of Apple and Google.

Responses to a consultation it launched in June revealed "substantial support" for a fuller investigation into the matter and into whether iPhone-maker Apple restricts cloud gaming through its app store, the Competition and Markets Authority (CMA) said.

"Many UK businesses and web developers tell us they feel that they are being held back by restrictions set by Apple and Google," Sarah Cardell, interim chief executive of the CMA, said in a statement.

"We plan to investigate whether the concerns we have heard are justified and, if so, identify steps to improve competition and innovation in these sectors."

Google said its Android mobile operating system gave users a greater choice of apps and app stores than any other mobile platform.

"It also enables developers to choose the browser engine they want, and has been the launchpad for millions of apps," a spokesperson said.

Apple said it would "constructively" engage with the CMA to explain how its approach "promotes competition and choice, while ensuring consumers' privacy and security are protected."

US tech giants, including Google's owner Alphabet and Apple, are drawing increasing attention from competition regulators in Brussels, London and elsewhere.

Google's Play Store is the subject of separate investigations by anti-trust authorities in the EU and Britain, the company said last month.