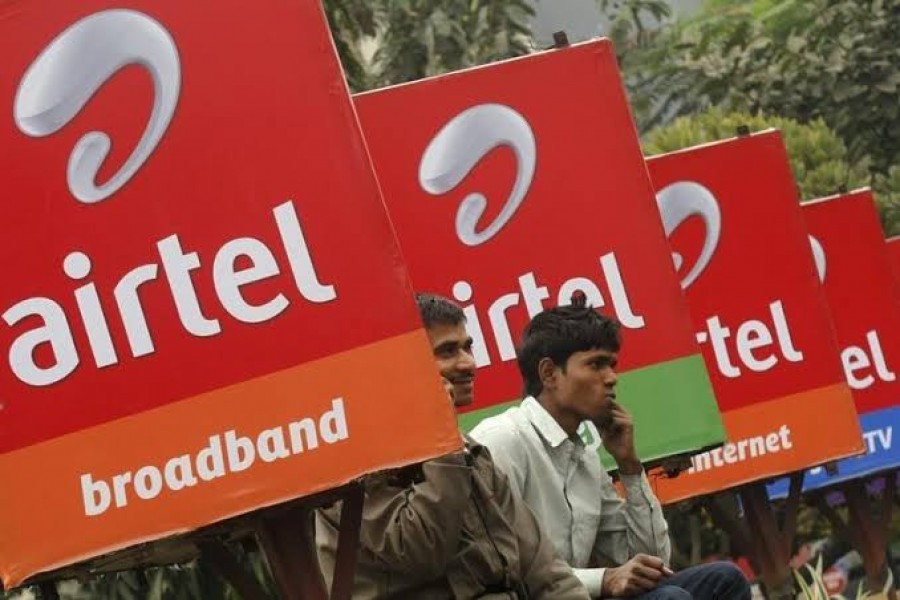 Men make phone calls as they sit on a railing with Bharti Airtel billboards installed on it, along a sidewalk in Kolkata February 1, 2013. REUTERS/Rupak De Chowdhuri/Files

Indian consumers, who enjoy the cheapest mobile data rates in the world, will now have to pay more, as two telecoms companies announced that they would increase tariffs.

This comes after the two - Vodafone Idea and Airtel - declared second quarter losses of $10bn (£7.7bn).

The two companies control more than half the market in revenue terms.

Experts say it is unlikely that this will drastically affect rates as India is a price sensitive market, reports the BBC.

"If you compare India to the West or even advanced Asian economies like Korea, Japan or even China, you'll find those way more expensive. So any increase is still unlikely to take Indian rates anywhere near that vicinity," technology expert Prasanto K Roy said.

"The operators' objective is actually to get each user to spend a bit more, increasing their average revenue per user, and then ask the government to help them out by waiving some of the huge outstanding in license fees."

A license fee is what telecoms companies pay the government in order to operate.

Why are companies increasing rates?

Both Airtel and Vodafone have been badly hit by a price war initiated by local player Reliance Jio which entered the market three years ago and drastically reduced data prices.

However, the more imminent reason is the battle over adjusted gross revenue - in layman's terms this means that a certain proportion of revenues earned by telecoms companies needs to be shared with the government's department of telecoms.

Telecoms companies and the government had disagreed on the definition of adjusted gross revenue. The companies only wanted revenue from telecoms to be calculated in this figure, but the government wanted a much wider definition, including non-telecoms revenue like sale of assets and interest earned on deposits.

How did Vodafone lose $7bn in India in just one quarter?

But recently, the Supreme Court ruled in favour of the government, which meant that telecoms companies needed to pay authorities a further $12.5mn.

"Mobile data charges in India are by far the cheapest in the world even as the demand for mobile data services continues to grow rapidly … To ensure that its customers continue to enjoy world class digital experiences, Vodafone Idea will suitably increase the prices of its tariffs effective 1 December 2019," a statement from Vodafone on Thursday said.

However, the new tariff rates are not clear at this point.

"Furthermore, given that Reliance has not announced any similar initiatives, the two companies will need to make sure they are not very much more expensive as India is also a hyper competitive market," Mr Roy said.

"Prices going up is not necessarily a bad thing - it would in fact be a good thing, because that is the only way to have some competition in this market," economist Vivek Kaul told the BBC earlier.

"This needs to happen for telecoms to survive and thrive in India."

Facebook removes Chinese accounts active in Philippines and US politics

Trump to block US downloads of TikTok, WeChat on Sunday

Facebook will no longer show health groups in recommendations