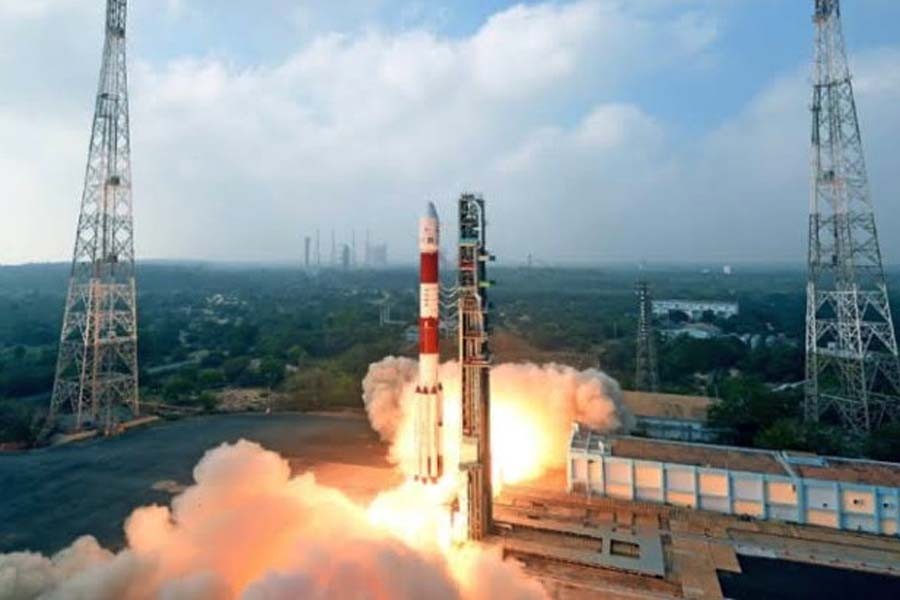 The satellite was launched from Satish Dhawan Space Centre (SDSC) in Sriharikota, off the Bay of Bengal coast located in the southern Indian state of Andhra Pradesh on Wednesday morning.

"PSLV-C47 successfully injects Cartosat-3 spacecraft into orbit," according to a statement issued by the Indian Space Research Organisation (ISRO) after the successful launch of the satellite.

"The 13 commercial satellites from the United States successfully placed in their designated orbits."

The satellite launch was broadcast live from the centre in the morning, reports Xinhua.

Television images showed the rocket blasted off from the launch pad, emitting a bright orange flame from its tail and moving upwards in the sky.

According to ISRO, PSLV-C47 is the 21st flight of PSLV in 'XL' configuration (with 6 solid strap-on motors).

ISRO said the satellite was placed in an orbit of 509 km at an inclination of 97.5 degree.

According to ISRO, PSLV-C47 carried 13 commercial nanosatellites from the United States as part of a commercial arrangement with New Space India Limited (NSIL), department of space.

The countdown for the launch of PSLV-C46 mission commenced 26 hours back on Tuesday at 07:28 a.m. (local time).

Chairman ISRO Kailasavadivoo Sivan was monitoring the launch along with top scientists.

Following the launch, Sivan congratulated the fellow scientists and lauded their role in launching the satellite during his address at the centre.