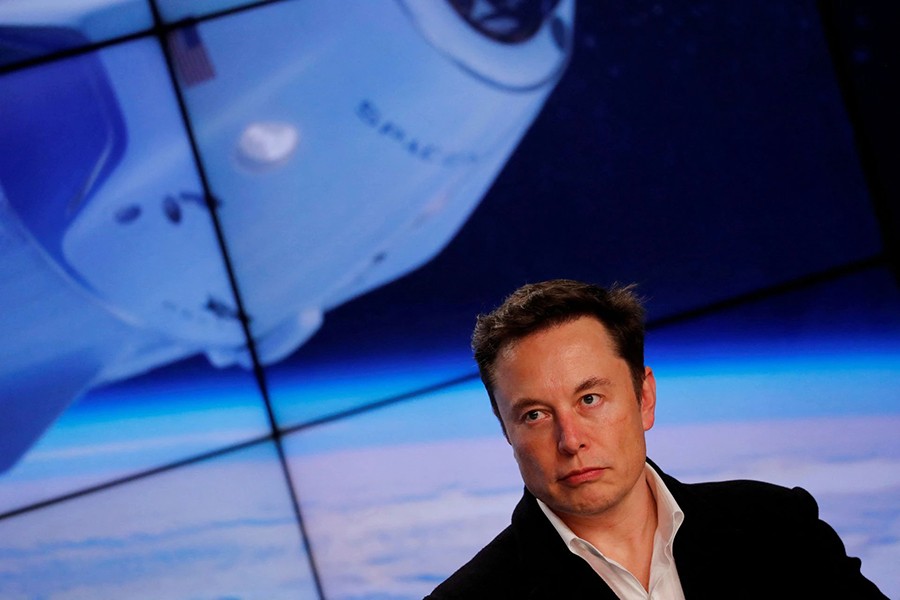 SpaceX founder Elon Musk speaks at a post-launch press conference after the SpaceX Falcon 9 rocket, carrying the Crew Dragon spacecraft, lifted off on an uncrewed test flight to the International Space Station from the Kennedy Space Center in Cape Canaveral, Florida, US on March 2, 2019 — Reuters/Files

Private rocket company SpaceX fired at least five employees after it found they had drafted and circulated a letter criticising founder Elon Musk and urging executives to make the firm's culture more inclusive, two people familiar with the matter said.

SpaceX did not immediately respond to a request for comment when contacted by Reuters news agency.

The New York Times reported on Thursday that SpaceX had fired employees associated with the letter, citing three employees with knowledge of the situation. It had not detailed the number of employees who had been dismissed.

SpaceX President Gwynne Shotwell sent an email saying the company had investigated and "terminated a number of employees involved" with the letter, the New York Times said.

The newspaper said Shotwell's email said employees involved with circulating the letter had been fired for making other staff feel "uncomfortable, intimidated and bullied, and/or angry because the letter pressured them to sign onto something that did not reflect their views".

Reuters said it could not independently confirm that report.

Billionaire Musk is pursuing a $44-billion bid for Twitter and has made clear his support of freer controls on speech on the site. On Thursday, he told Twitter employees the platform should allow "pretty outrageous things" as long as the content is not illegal.

The SpaceX letter, headed "an open letter to the Executives of SpaceX," seen by Reuters news agency, called Musk a "distraction and embarrassment" to the company he founded.

In a list of three demands, it said "SpaceX must swiftly and explicitly separate itself from Elon's personal brand," "hold all leadership equally accountable to making SpaceX a great place to work for everyone" and "define and uniformly respond to all forms of unacceptable behaviour".

Musk, also head of electric automaker Tesla, has been in the headlines and featured in late-night comedy monologues in recent months, including over his quest to take over Twitter, his criticism of Democrats and a reported allegation of sexual harassment, which Musk has denied in a Twitter post.

The open letter at SpaceX, first reported by The Verge, was drafted by SpaceX employees in recent weeks and shared as an attachment in an internal “Morale Boosters” group chat that brings together thousands of employees, a person familiar with the matter said, asking not to be named.

Musk, also the company’s chief engineer, has been viewed as a central figure in many of SpaceX’s high-profile successes, such as pioneering the re-use of orbital rocket boosters and bringing back routine human spaceflight from US soil after a nine-year hiatus.

Shotwell, who leads much of the company’s day-to-day business, has said she will enforce SpaceX’s “zero tolerance” standards against employee harassment.

Founded by Musk in 2002, SpaceX has played a central role in the US space programme, becoming the only company capable of launching NASA astronauts into space from US soil and planning to send humans to the moon for the space agency within the next decade.

SpaceX is also one of two companies on which the Pentagon depends to launch into space the bulk of US military and spy satellites.

MidJourney AI: A revolution in the field of AI generated images