China's lunar rover travels over 300 metres on moon's far side 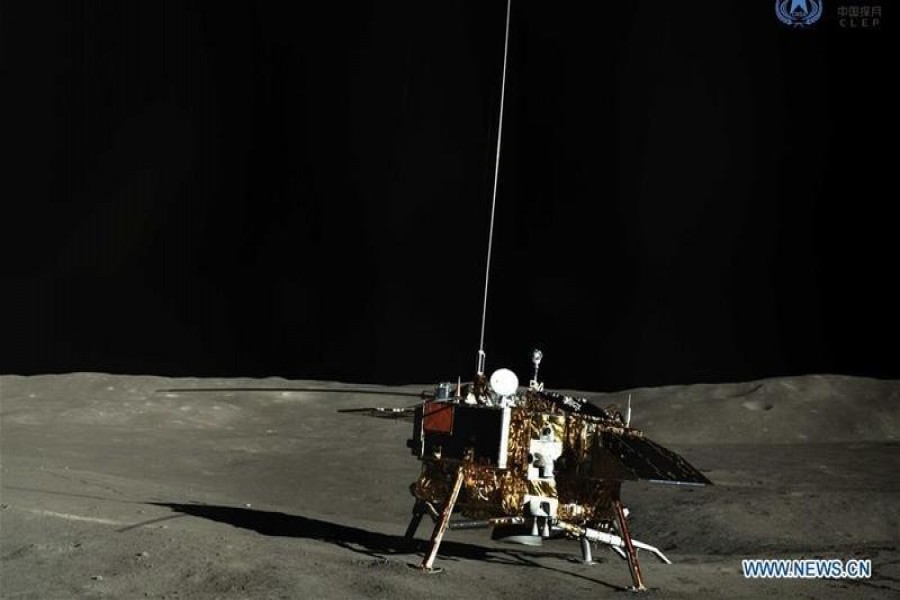 China's lunar rover Yutu-2 has driven 318.62 metres on the far side of the moon to conduct scientific exploration of the virgin territory.

Both the lander and the rover of the Chang'e-4 probe have ended their work for the 11th lunar day, and switched to dormant mode for the lunar night on Monday (Beijing time), according to the Lunar Exploration and Space Program Center of the China National Space Administration.

The rover is now located 218.11 metres northwest of the lander, reports Xinhua.

China's Chang'e-4 probe, launched on December 8, 2018, made the first-ever soft landing on the Von Karman Crater in the South Pole-Aitken Basin on the far side of the moon on January 3.

A lunar day equals 14 days on Earth, a lunar night the same length. The Chang'e-4 probe switches to dormant mode during the lunar night due to a lack of solar power.

During the 11th lunar day of the probe on the moon, the scientific instruments on the lander and rover worked well, and a new batch of scientific detection data was sent to the core research team for analysis.

Scientists are planning the future exploration route for the rover.

As a result of the tidal locking effect, the moon's revolution cycle is the same as its rotation cycle, and the same side always faces Earth.

The far side of the moon has unique features, and scientists expect Chang'e-4 could bring breakthrough findings.