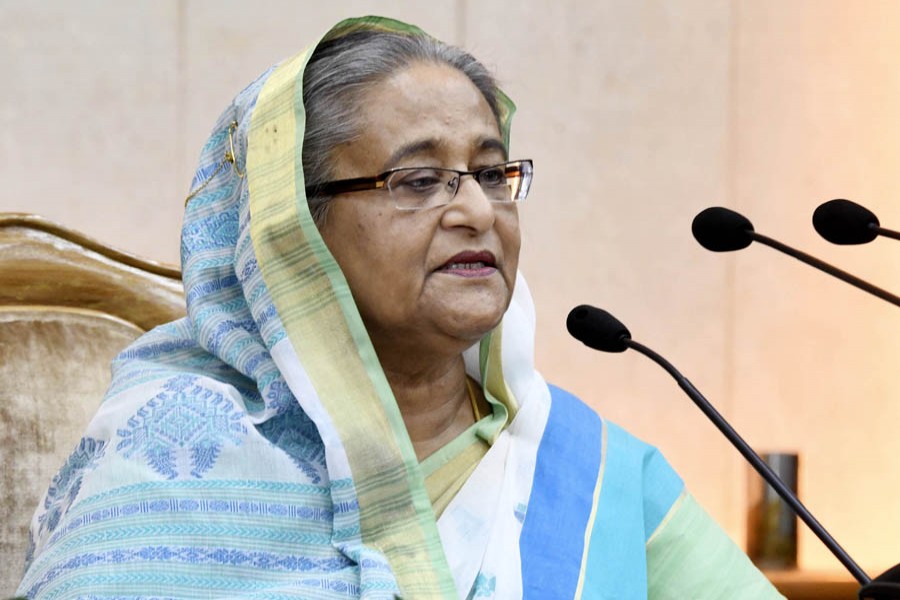 The last two sessions closed positively following a meeting called by the ministry of finance (MoF) to discuss the market supportive proposals.

On Thursday, the DSE broad index closed the session with a sharp rise of 2.0 per cent or 81.62 points.

The premier delivered the instructions at a meeting held at her office.

Other measures include enhancing participation of banks and financial institutions in the stock market, and boosting investment capacity of the state-owned Investment Corporation of Bangladesh (ICB).

The DS30 index comprising blue chip securities closed at 1406.60 points on Thursday with a marginal rise of 0.22 per cent.

It said the opportunist investors went for bargain hunting on lucrative price levels in pharmaceuticals and food sectors.

In last week, the DSE featured a daily turnover of Tk 2.64 billion, which was 16.26 per cent less than that of the previous session.

Following the price correction witnessed by majority number of securities, the market capitalisation declined 1.32 per cent or Tk 42.79 billion to close at above Tk 3.19 trillion.

Of the major sectors which witnessed price correction, engineering declined 4.1 per cent, financial institutions 4.7 per cent, fuel & power 1.9 per cent, telecommunication 3.5 per cent and textile 6.1 per cent.

Pharmaceuticals & Chemicals was the only one sector which witnessed price appreciation and its market capitalisation advanced by 1.7 per cent on the DSE.

Investors' participation was mostly concentrated on engineering sector which grabbed 14 per cent of the market turnover followed by pharmaceuticals & chemicals 12.5 per cent, bank 10.4 per cent and textile 10.1 per cent.

Olympic Industries was the number one gainer with a rise of 10.91 per cent to close at Tk 183 each.

Northern Jute Manufacturing Company was the worst loser after declining 28.30 per cent to close at Tk 414.80 each.

In last week, on the port city bourse the CSE30 added 107 points while CSCX and CASPI lost 100 points and 168 points respectively over previous week.