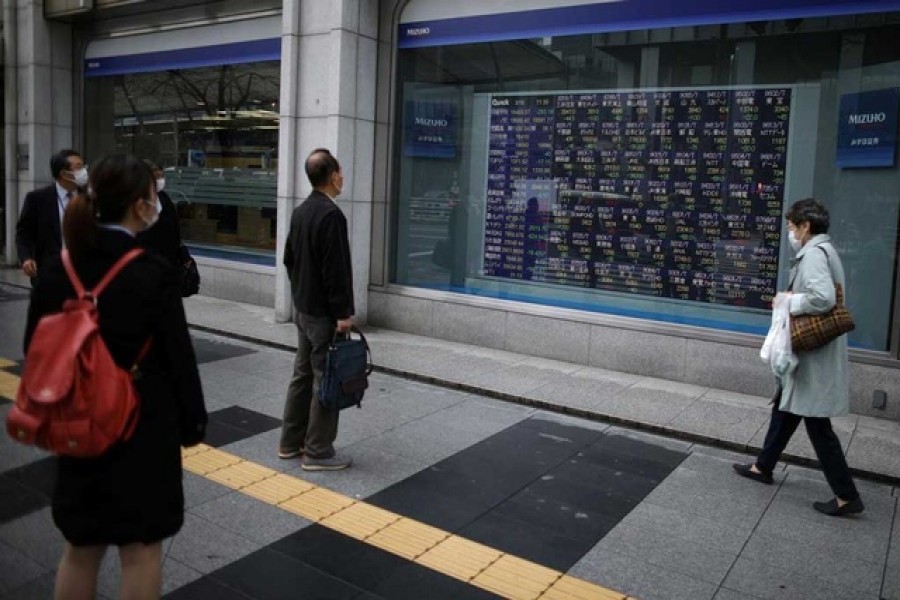 Investors across asset classes are devoting considerable thought to the pace and timing of interest rate hikes by central banks across the world.

Barring any big surprises, the consumer price index should cement expectations the US Federal Reserve will raise interest rates next month, with a strong print offering further support to those tipping a larger 50 basis point rise.

MSCI's broadest index of Asia-Pacific shares outside Japan added 1 per cent to its highest in two weeks, helped by a 3 per cent gain in Hong Kong-listed tech stocks.

Nonetheless, the Nasdaq Composite is still down 9.2% this year after a brutal January.

Manishi Raychaudhuri, Asia-Pacific equity strategist at BNP Paribas, said market volatility was lingering as investors tried to figure out how often, how far and how fast central banks would raise interest rates.

"The overarching theme for the market is central banks’ monetary policies," he said. "I think volatilities will continue and will possibly increase...but over the longer term corporate balance sheets, particularly in Asian emerging markets look a lot better than they were earlier," he said.

However, focus on US inflation figures due Thursday is likely to cap further gains.

"Even though we sit in Asia, markets are still eagerly waiting for the Thursday CPI print out of the U.S. so are sitting on their hands right now," said Marcella Chow Hong Kong based global market strategist at JPMorgan Asset Management.

"The market is currently expecting January's CPI to be 7.3% versus 7% in December, and if it comes in higher than expected we could see 10 year yields go higher and even reach 2%, and push a value rotation," she added.

Higher yields typically cause investors to move out of so called growth stocks, particularly technology names, into value stocks.

US Treasury yields held firm in Asian trading, after touching multi-year highs the day before as did yields in the euro zone.

Currency markets were pretty quiet, though the dollar touched a one-month high against the yen, as the gains U.S. yields outpace those in Japan.

The dollar index, which measures the greenback against six peers was steady at 95.536.

Oil regained some ground after falling earlier in the week due to optimism around talks with Iran, leading to a possible rise in supply.