Vow to go by law to stem stock mkt rumours 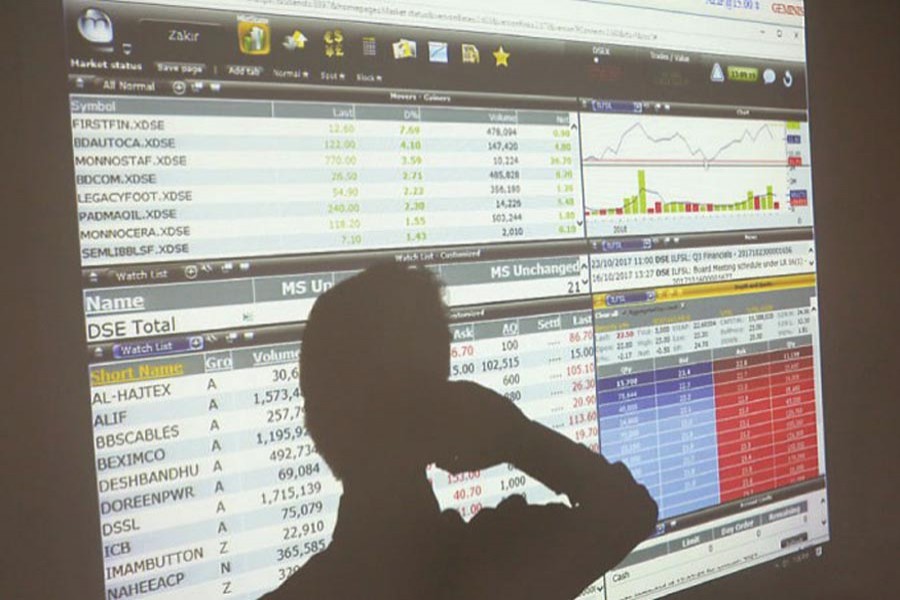 Finance minister AHM Mustafa Kamal on Thursday made it clear that existing laws will be enforced so that none can harm the capital market by spreading rumours.

"Now rumours are driving the capital market, for which it cannot be turned around," the finance minister said.

Steps would be taken to make sure all comply with the existing rules and regulations, which he said will help control spread of rumours.

The finance minister made the remarks while talking with reporters on Thursday after holding a meeting with the board of directors of the Dhaka Stock Exchange (DSE) at his office in the capital.

Senior secretary of the financial institutions division Ashadul Islam and chairman of the Bangladesh Securities and Exchange Commission, or BSEC, Professor M Khairul Hossain were present at the meeting.

About the demand for raising the supply of good stocks, the finance minister said necessary steps would be taken to offload shares of state-owned enterprises with good fundamentals.

"It will take some time but it will be done," said Mr. Kamal without giving any specific timeframe.

Responding to another question, the finance minister ruled out the possibility devaluing local currency against the US dollar.

"There is no possibility of currency devaluation for any sector," he said.

He said the local currency will not be depreciated even for remittances as it saw a 40 per cent growth in December.

"We've achieved this growth from a single sector by offering a 2.0 per cent cash incentives. So there is no possibility of currency devaluation for remittances," the finance minister added.

The minister said the market operators have demanded access to bank finance.

"We have said they will be allowed to avail the same facility as businesses of other sectors," the minister said.

He said the access to bank finance will depend on the relationships between the lenders and borrowers.

"The market operators have a record of repaying the government loans. So, their proposal for bank loans will be considered," the finance minister said.

He also said the capital market borrowers will have to ensure adequate collaterals for securing bank loans.

"We will also try to consider the stock brokers' proposal for slashing taxes on the brokerage commission," the finance minister told the newsmen.

After the meeting, the DSE director Minhaz Mannan said they have taken up market-related problems, including liquidity shortage, with the finance minister.

"The minister assured us of addressing the problems. We have also urged the minister to resolve the row between Grameenphone and the BTRC (Bangladesh Telecommunication Regulatory Commission) for the greater interest of the capital market," Mr Emon said.

At the meeting, the key bourse made a 10-point demand, including long-term financing for the capital market, boosting cash flow, early launch of transactions of treasury bonds, listing of multinational companies, and ensuring transparency in audit reports.