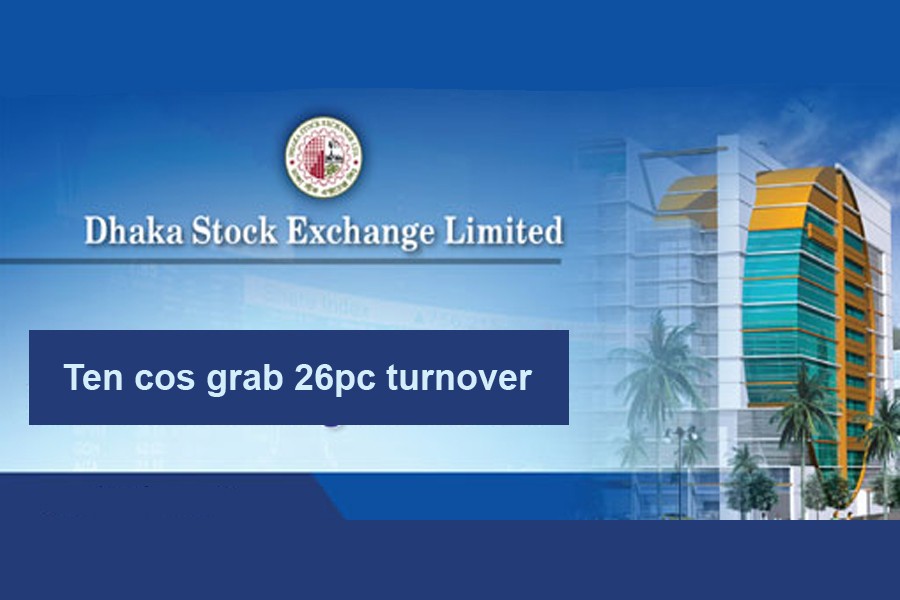 The top 10 traded companies, including five banks, accounted for more than 26 per cent of transactions on the Dhaka Stock Exchange (DSE) on Thursday, with Exim Bank making its way to the top of the turnover chart.

The total turnover stood at Tk 6.76 billion, which was 1.96 per cent higher than the previous day's turnover of Tk 6.63 billion.

Of them, share prices of five companies advanced up to 5.44 per cent, four faced marginal correction and one remained unchanged.

According to statistics available with the DSE, about 12.12 million shares of Exim Bank were traded, generating a turnover of Tk 235 million, or 3.48 per cent of the premier bourse's total transactions.

IFAD Autos notched the third spot, with shares of Tk 208 million changing hands, contributing 3.08 per cent to the total turnover. The company's share price advanced 2.62 per cent to close at Tk 137.30.

Power Grid emerged as the fourth, with shares of Tk 200 million changing hands, grabbing 2.95 per cent of the total turnover. The state-run company's share price closed 3.50 per cent higher at Tk 59.