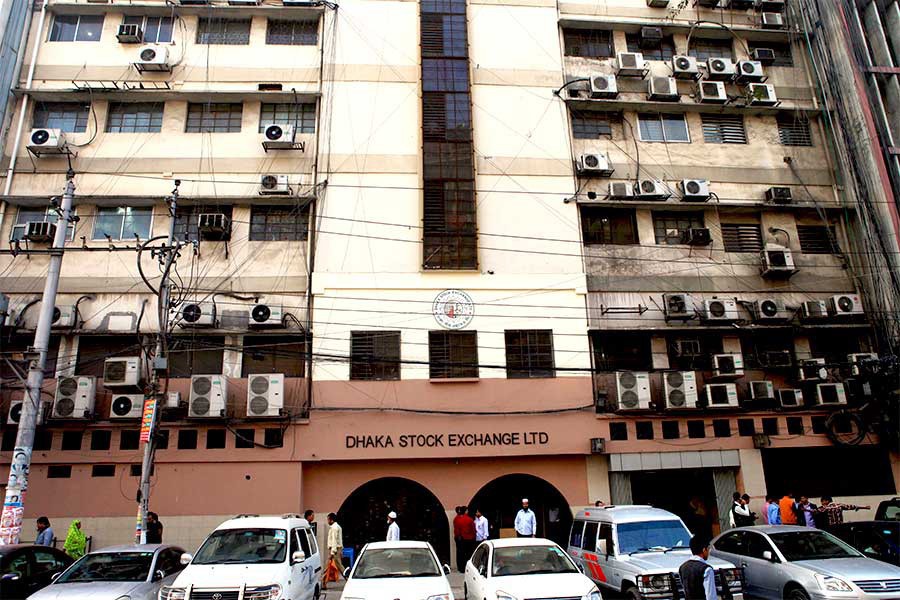 The capital market passed a bearish year in 2019 since the market debacle in 2010-2011, with DSEX losing 933 points amid confidence crisis, liquidity crunch and gloomy macroeconomic outlook.

Market analysts said lucrative price of many fundamentally sound stocks attracted bargain hunters in the outgoing week, taking the in the green zone.

Banking sector suffered 1.15 per cent loss as investors reacted negatively with the government move to fix the interest rates for lending and savings at 9.0 per cent and 6.0 per cent respectively, which will reduce the banks' ability to log in profits, he said.

The Finance Minister AHM Mustafa Kamal on Wednesday said that he failed to understand the reasons for the stock market not behaving in line with other major economic indicators.

Meanwhile, the finance minister on Thursday made it clear at a meeting with DSE that the stock market is now operating completely on rumours and it cannot make a turnaround because of this.

The minister instructed the stock market regulator to strictly implement the rules and regulations to curb rumours and to bring back confidence of investors.

The DSE launched a new index last week comprising 40 large-cap companies as part of business and technical collaboration initiatives with the strategic partners in an effort to attract foreign investors.

The weekly total turnover on the DSE also rose to Tk 13.02 billion, up from Tk 10.79 billion in the week before.

The daily turnover averaged Tk 3.25 billion, up nearly 21 per cent from the previous week's average of Tk 2.69 billion.

EBL Securities said concerned over the government move to bring down banks' lending rate to single digit and soaring provision against the bad loans made some investors remained worried.

According to International Leasing Securities, the investors went for bargain hunting on lucrative price levels with an expectation that the market might rebound while some of the investors were reluctant to sell off of the shares at this low price.

However, lack of confidence among the investors regarding the future market direction fueled the sell pressure on banking and telecom sector stocks, said the stockbroker.

The telecom sector suffered most, losing 1.24 per cent, closely followed by banking with 1 15 per cent.

The market capitalisation of the DSE rose 0.68 per cent to Tk 3,408 billion on Thursday, from Tk 3,384 billion in the previous week.

Gainers outnumbered the losers, as out of 356 issues traded, 232 closed higher and 86 ended lower while 38 issues remained unchanged on the DSE floor in the outgoing week.

Oimex Electrode was the week's best performer, posting a gain of 19.07 per cent while the Appollo Ispat Complex was the worst loser, losing 10 per cent.