Though tough, banks are to implement single-digit rates, he says 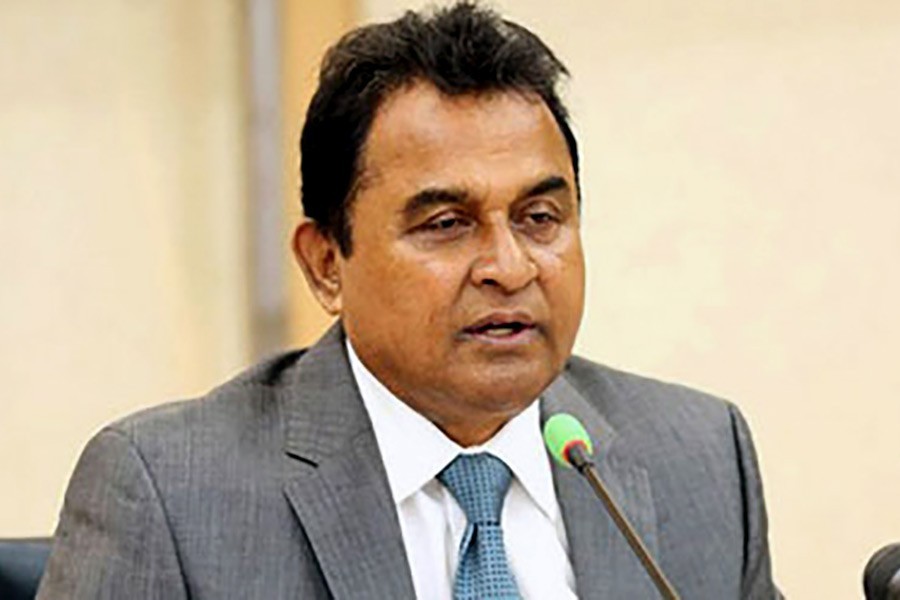 Finance minister AHM Mustafa Kamal Wednesday said he failed to understand the reasons for the stock market not behaving in line with other major economic indicators.

He said everyone praises Bangladesh's economic attainments, but there is no reflection of that in the share market.

"I don't know why it happens. We are in a very good position in every stage, but this is the only place (stock market) where we are different from other countries," said the minister while talking to reporters after a meeting of the cabinet committee on public procurement at the Bangladesh secretariat.

Referring to the issue of ongoing volatility in the country's stock market, the minister said it is the investors who make profit and loss from the bourses and the government has nothing to gain or lose.

"As finance minister, my responsibility is to establish good governance there, ensuring punishment for offenders for which a regulator is there," said the minister.

Mr Kamal said the basic foundation of the stock market is the economy.

"The more the economy gets solid, the stronger the stock market will be and that happens everywhere in the world."

Asked whether required policing is taking place in the stock market, the minister claimed that in his tenure that is better than in the previous one.

"I see a radical change in this case compared to what I saw on my first day (as the finance minister)," he said.

Also, the government plans to create scopes for the people so that they can earn enough to pay taxes.

"In foreign countries, people need to make payment in one way or other just after getting out of home. They need to pay for parking vehicles on the roadside but in Bangladesh no such system exists". "When we go abroad, we see how they earn money," he said. "We will also follow them. Even if we keep empty space beside the roads, we will be able to earn money from that too," he added.

"Had we introduced it, we could have earned the maintenance cost of roads and bridges to a large extent. We have to follow that gradually," said the minister.

He said now the size of infrastructure has turned large, for which the government needs a large amount of money for maintenance.

The minister answered in the negative when asked whether people would react sharply if they needed to pay in every step.

"If opportunities are created for citizens to earn enough money, they will be ready to spend those," he argued.

"We won't ask for payment without letting them earn enough. We will give them the scope for earning money from which they can pay the government," said Mr Kamal said without specifying.

Asked whether the people have adequate disposable money in hand, the minister did not give a direct answer.

Asked to evaluate his performance as the finance minister during the last one year, the minister said he is always happy with his achievements.

"What I couldn't attain today, (I) will be able to attain that tomorrow or the day after tomorrow. There is nothing that can't be achieved," he said.

"You can't count many things by the number. You have planned to do some work today, but you'll succeed getting it done one year later, or one day later or one hour later ...," Mr Kamal said.

He said he will brief reporters next Sunday where they can evaluate whether the minister was on track during the last one year.

"The major issue is on the track given the (present) global situation," the minister said without elaborating.

Replying to another query, the minister said this time he will be tough on implementing 6.0 per cent and 9.0 per cent interest rate of deposit and loans in the new deadline set in April instead of this month.

He said the time has been extended as the bankers sought three more months for the implementation of new interest rate for all types of loans and deposits.

Mr Kamal said though the implementation of a new interest rate will be tough for the banks there is no alternative to making it happen given the needs for industrialisation in the country.

Unless the interest rate is lowered, there will be no industrialisation, the volume of non-performing loans would not go down, he said.

He said the government in this case will provide low-cost deposits to both public and private sector banks to support them.

Earlier companies were listed on the bourses without proper scrutiny, but now there remains a checks and balance, he claimed.

Replying to another query, he said the government will provide customised number plate or licence plate for vehicles.

Mr Kamal said each and every licence plate of vehicles is auctioned abroad and the government earns a lot from this.

He said Singapore does so, Malaysia does so and each country does so. "We want to sell attractive licence or number plates. It will help earn money as well."