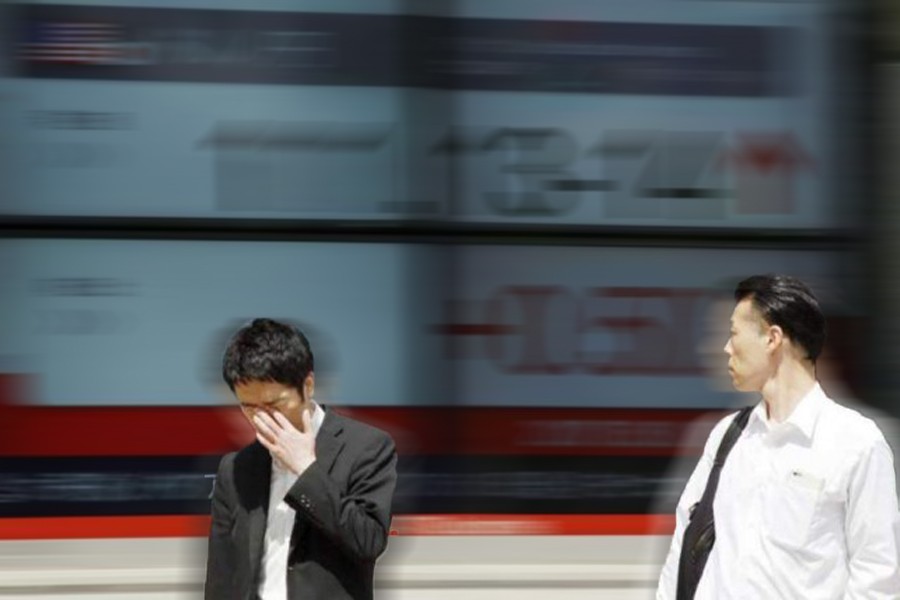 Japan’s Nikkei share average slipped on Wednesday from the previous session’s near 26-year high as investors took their profits, dragging on financial and mining stocks.

The Nikkei dropped 0.3 per cent to 22,872.59 in mid-morning trade after touching as high as 22,953.18 on Tuesday, after foreign investors piled into Japanese companies, expecting strong earnings.

Toyota Motor Corp bucked the weakness, rising as much as 1.8 per cent to hit its highest since February 2016 after the company raised its annual operating profit forecast to 2.0 trillion yen from 1.85 trillion.