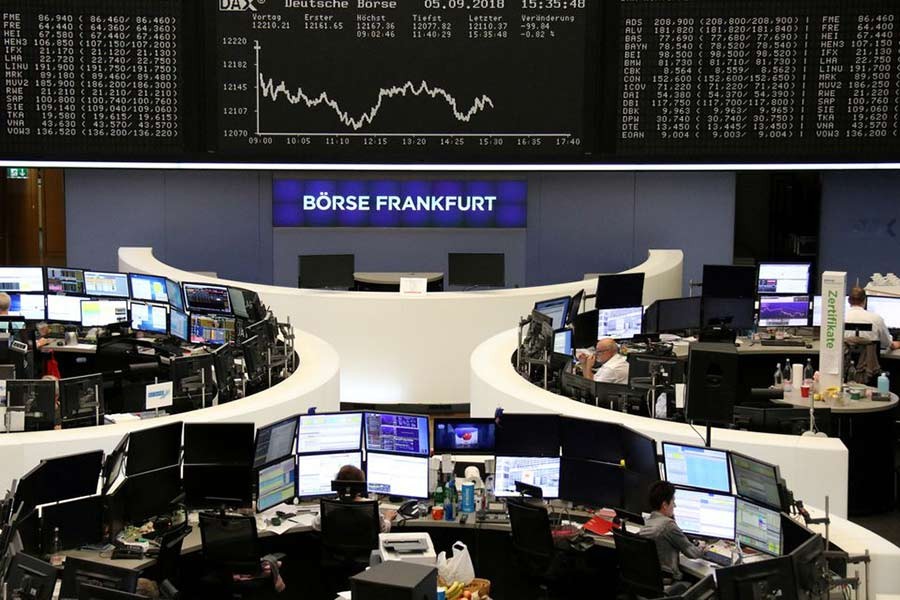 European stocks rose on Friday after Wall Street's late rally, as investors welcomed coordinated Western sanctions on Russia that targeted its banks but not did not block it from a global payments system and left its energy sector largely untouched.

The jump in European shares was modest, however, and Wall Street looked set to open lower. Markets remain down significantly from levels at the start of the week -- the MSCI World Index is 2.5 per cent lower -- after investors were left stunned by Russian President Vladimir Putin's decision to invade Ukraine, reports Reuters.

On Friday, missiles pounded the Ukrainian capital as Russian forces pressed their advance.

Asian shares closed higher, with MSCI's broadest index of Asia-Pacific shares outside Japan up 0.78 per cent. But on Wall Street - where stocks staged a massive rebound after US President Joe Biden unveiled sanctions on Thursday -- futures pointed to a lower open in the United States .

"Looking back, we see that markets have tended to fade geopolitical risks quickly, but even then this looks like a very quick fade," said Salman Ahmad, global head of macro at Fidelity International.

Ahmad said the West's decision not to lock Russia out of the SWIFT interbank payments system was a "relief to markets that actual black swan disruption likelihood is low."

However, he said sentiment could change quickly given the enormity of the crisis unfolding in Europe's east.

"The difference this time around is that we have a major military power involved, and the tail risk that NATO gets involved is no longer a zero probability event. So markets are stuggling to price these tail risks. This rebound can change quickly if the situation on the ground changes," he added.

Russian stocks soared more than 10 per cent, but that followed one of the three biggest ever single-day stock market crashes in history.