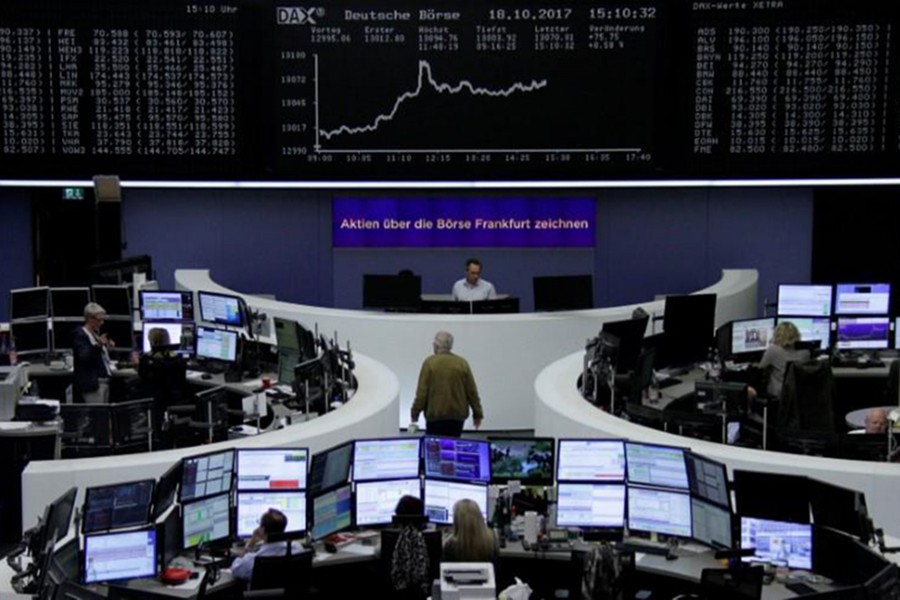 European shares opened in negative territory on Thursday, as a flurry of corporate earnings for the third quarter triggered sharp prices moves across some sectors and bourses.

The pan-European STOXX 600 was down 0.1 per cent, failing to recover from the previous session’s dip and ignoring news highs in Asia and on Wall Street, reports Reuters.

Vestas, the world’s largest maker of wind turbines was the worst performer, falling close to 15 per cent as it lowered its 2017 profit margin outlook.

British luxury brand Burberry was another big loser, down about 9.0 per cent after first-half results, while Hikma Pharmaceuticals lost 5.5 per cent after lowering 2017 revenue guidance for its generics business for a third time.

Shares in Italian banks on the other hand firmed after losing ground on Wednesday due to worries over non-performing loans.

BPER Banca rose as much as 9.0 per cent after Italy’s sixth-largest bank said its core capital had strengthened in the third quarter and ruled out tapping investors for cash.

Commerzbank rose 2.1 per cent after it swung to net profit in the third quarter. The German bank reiterated it was still expecting to eke out a “slightly positive” net profit for the full year.