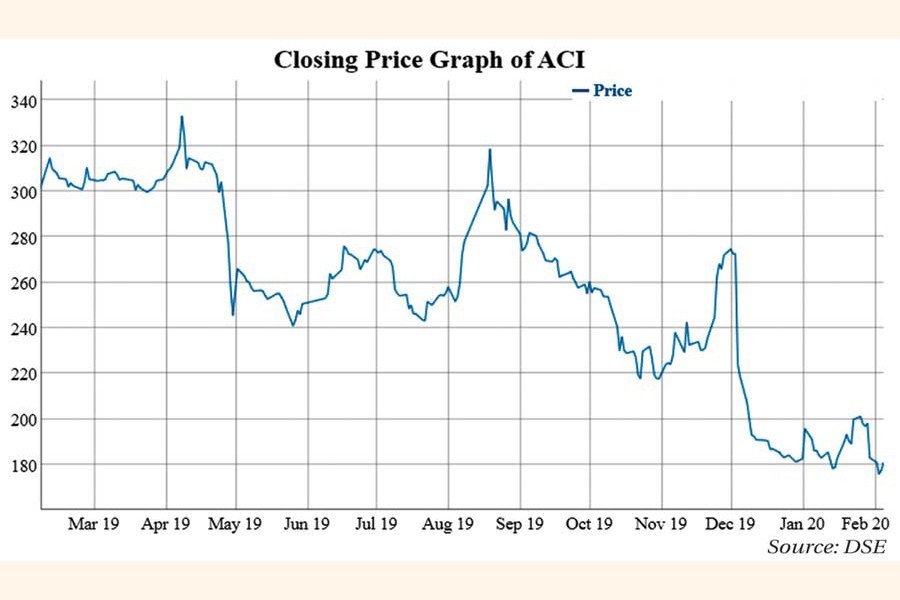 The securities regulator has asked the premier bourse to explain the cause of its previous comments on capital market and financial statements of ACI which 'triggered' the fall of index in 2019.

Following a show-cause notice served by the Bangladesh Securities and Exchange Commission (BSEC), the DSE's (Dhaka Stock Exchange) managing director and chief regulatory officer will have to explain as to why the comments regarding the market and ACI were made.

Earlier, the DSE formed a committee to probe into the financial statements of ACI, a leading listed company which incurred a loss of Tk 14.87 per share for the year ended on June 30, 2019 against the EPS of Tk 10.36 for the corresponding period of the previous year.

The securities regulator called a hearing to be faced by DSE and its two top officials on February 9.

It has served the show-cause notice based on the report of its inquiry committee formed on July 21, 2019.

According to BSEC observation, the personal comments earlier made by some DSE directors left negative impacts on the market movement.

It said the directors of the prime bourse made some comments on the capital market breaching the securities rules, affecting the investors.

The BSEC also said the share price of ACI declined due to the statements made by the DSE.

In February, 2019 the DSE formed a six-member committee to probe into the 'confusing' financial statements of ACI published for previous few years.

The media reports published on February 14, 2019 based on the comments of DSE directors said the profits of ACI were exhausted by its subsidiaries.

The securities regulator said the formation of the DSE's committee and subsequent comments regarding the company's operations were not supported by the securities rules.

According to BSEC's observation, the share price of ACI declined 33 per cent between December, 2018 and June, 2019 following the comments made by the DSE committee.