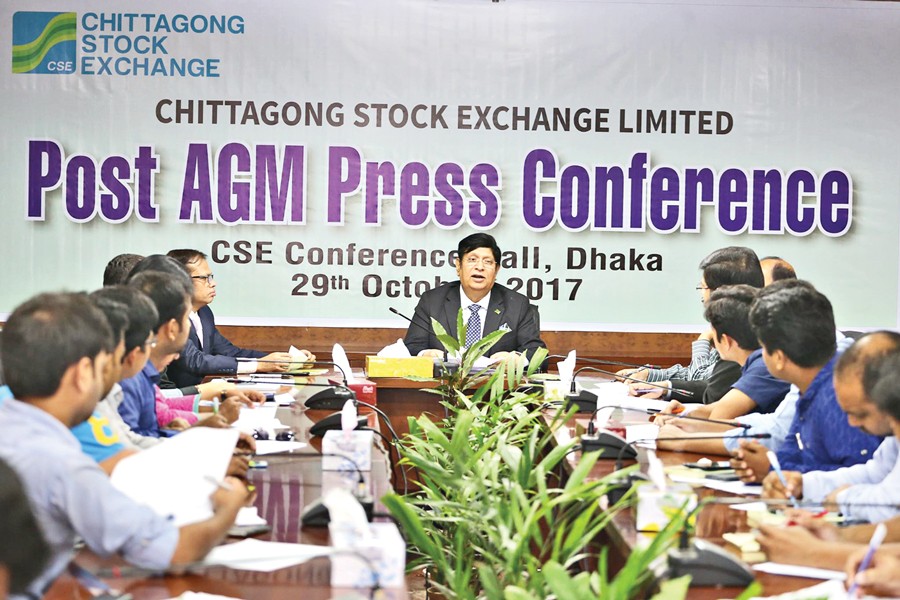 The depth of the country's capital market should be increased through coordinated efforts of the stakeholders to restore investors' confidence.

"Insufficient depth is a major weakness of the capital market," Dr. Momen said.

He said the participation of the general investors including institutional ones should be increased through policy supports.

At the AGM held on October 25, the board of directors of the port city bourse CSE recommended 6.0 per cent cash dividend for the period between January to June, 2017.

"In this year, the CSE will disburse dividend from the profit, although previously dividend was disbursed from reserve," Momen said.

To enhance the operation of the port city bourse, the CSE has taken some initiatives following the demand of shareholders.

Apart from opening a subsidiary company, the CSE will construct its own business tower to generate more income from rent.

While speaking on insufficient depth of the port city bourse, Mazumdar said most of their TREC (trading right entitlement certificate) holders are inactive.

"We have informed our inactive TREC holders about transfer of their TREC to others to bring vibrancy in trading operation. TREC holders should be active in market operation," said CSE managing director.

He said the CSE would utilise its lands to generate more profits.