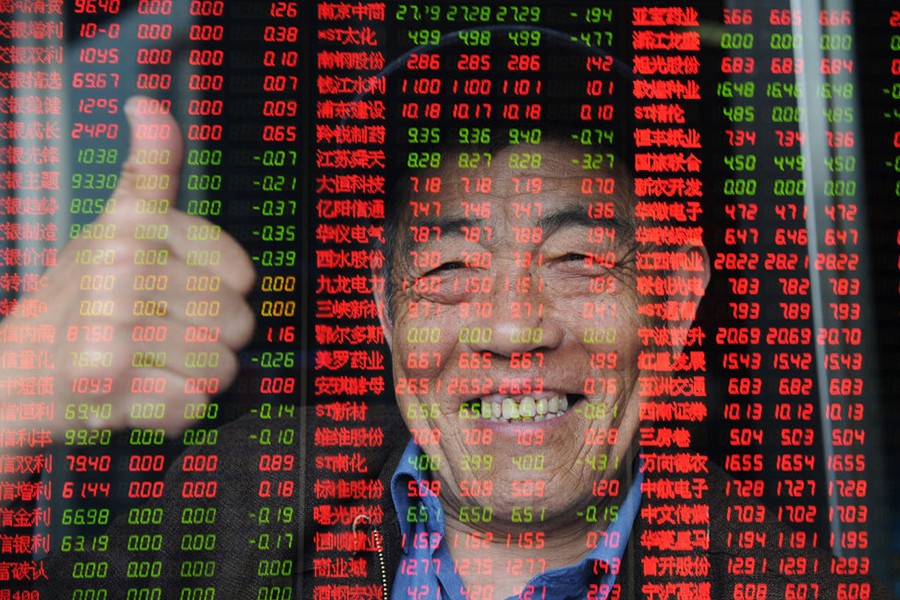 China stocks jumped 1.9 per cent to their highest level in more than two years on Wednesday morning, extending gains for a second day, after China’s central bank cut reserve ratios.

The Chinese Enterprises Index, which soared 3.6 per cent in the previous session, rose further in early Wednesday trade to 11,514.82, its highest level since Aug. 11, 2015.

The blue chip Hang Seng index climbed 1.2 per cent, according to Reuters.

Both indexes are off their earlier highs with the Chinese Enterprises Index and the Hang Seng both up 0.6 per cent at 0246 GMT.

Shares of China banking goliaths, including Bank of Communications rose more than 2.0 per cent in early trade, while ICBC and China Construction Bank gained more than 1.0 per cent.

Chinese insurers also galvanised the rally with New China Life Insurance, Ping An and China Life up more than 2.0 per cent.

China’s central bank on Saturday cut the amount of cash that some banks must hold as reserves for the first time since February 2016 in a bid to encourage more lending to struggling smaller firms.