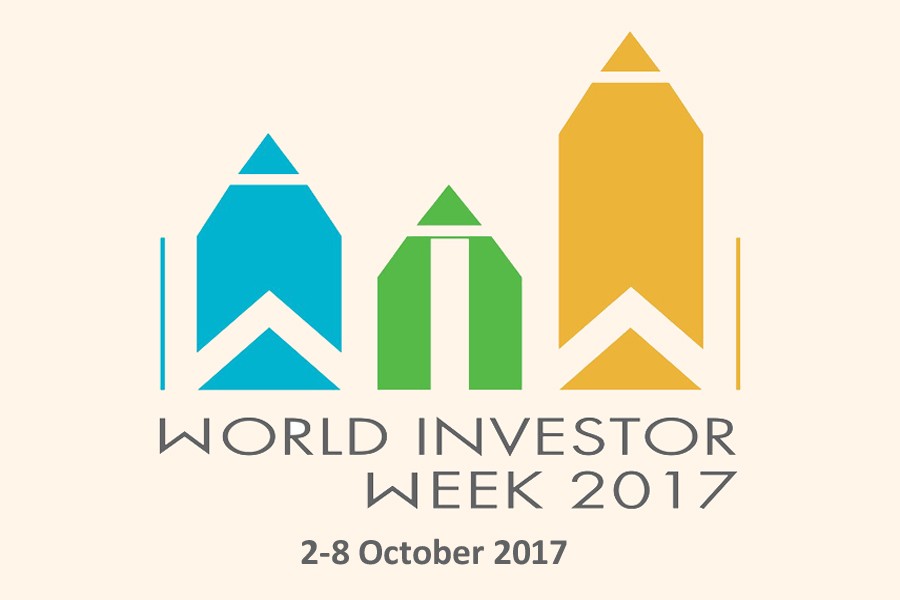 The 'World Investors Week 2017' will be observed across the country during October 2-8 under the leadership of the securities regulator in an effort to create awareness on investment among the general investors.

In this regard, the Bangladesh Securities and Exchange Commission (BSEC) Thursday held a press briefing at its office in the city.

Finance Minister AMA Muhith will inaugurate the Investors Week at shilpakala academy in Dhaka on October 2 and the programme will be continued till October 8 next.

Dr. Mashiur Rahman, the economic affairs adviser to the Prime Minister, and MA Mannan MP, the state minister for planning and finance ministry are scheduled to attend two separate programmes as chief gusts.

At Thursday's press briefing, the BSEC executive director Md. Mahbubul Alam said their first target is to create interest regarding investment education among the general investors.

"The number of small investors is proportionately higher in Bangladesh compared to other countries. Those investors' ability of taking investment decision independently is not up to the market," Alam said.

He said the investments and profits of the small investors become uncertain as they make investment following the 'so called' large ones and depend on ruours.

"The securities regulator is working to create investors' self assessment required to reduce the risks of their investments," Alam added.

Another BSEC executive director Mohammad Saifur Rahman told the press briefing that the securities regulator is working to introduce new products in the capital market to create the scope of diversifying investors' portfolios.

Some other senior officials of the securities regulator were present at the press briefing to give idea on the programmes to be held during the World Investors Week 2017.

BSEC to probe into financial statements of Bay Leasing

Stocks edge up after rocky ride

Bourses down marginally at opening