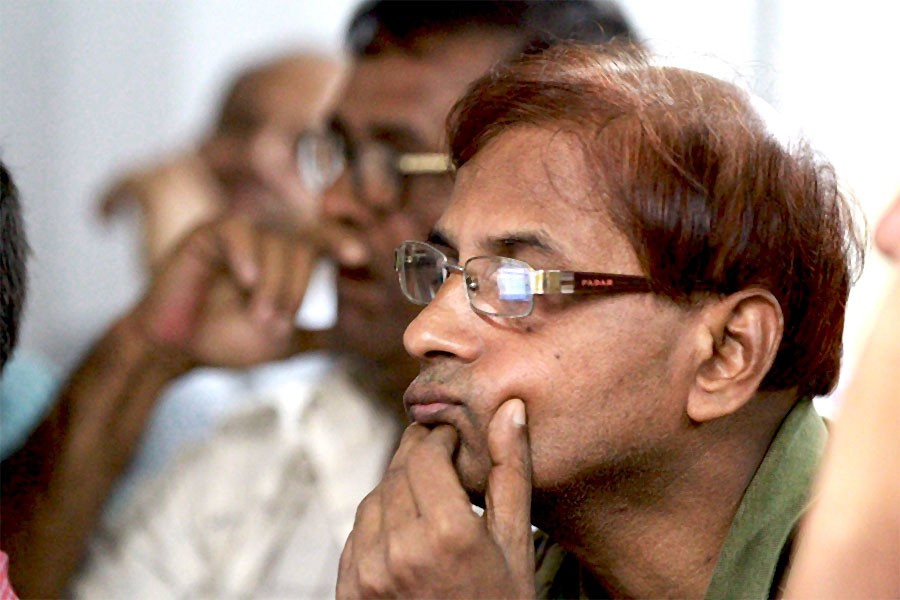 Stocks backed into the red in outgoing week that ended on Thursday, after a single-week break, amid concern over the country's overall economy.

The investors are still suffering from confidence crisis as the market remained volatile over the last ten months, said an analyst at a leading brokerage firm.

He noted that prolonged bearish trend in the market is still haunting the investors' sentiment while deterioration in a number of economic indicators like falling export earnings, poor tax revenue collection and soaring non-performing loan exacerbated the crisis.

The news that stock brokers have submitted a work plan for investment of Tk 100 billion funds, sought earlier from the government to support the country's ailing market, failed to boost the investor confidence, he added.

The weekly total turnover on the prime bourse stood at Tk 23.10 billion, slightly down from Tk 23.76 billion in the week before.

The daily turnover averaged out at Tk 4.62 billion, down 2.74 per cent from the previous week's average of Tk 4.75 billion.

The stockbroker noted that the investors went on a selling frenzy following the newspaper reports exposing a further rise in defaulted loans in the banking sector.

The stockbroker said news of soaring non-performing loan and liquidity crunch made investors worried about the overall market outlook.

The telecom sector witnessed the highest loss of 3.51 per cent, closely followed by engineering with 3.43 per cent, power 2.80 per cent, pharma 2.15 per cent, food 1.85 per cent and financial institutions 0.94 per cent.

Only banking sector gained 1.58 per cent during the week.

The market capitalisation of the DSE also fell 1.20 per cent to Tk 3,523 billion on Thursday, from Tk 3,567 billion in the previous week.

Losers outnumbered the gainers, as out of 355 issues traded, 194 closed lower and 140 ended higher while 21 issues remained unchanged on the DSE floor in the outgoing week.

Paramount Insurance was the week's best performer, posting a gain of 38.40 per cent while the Stylecraft was the worst loser, shedding 56.23 per cent following its price adjustment during the week.