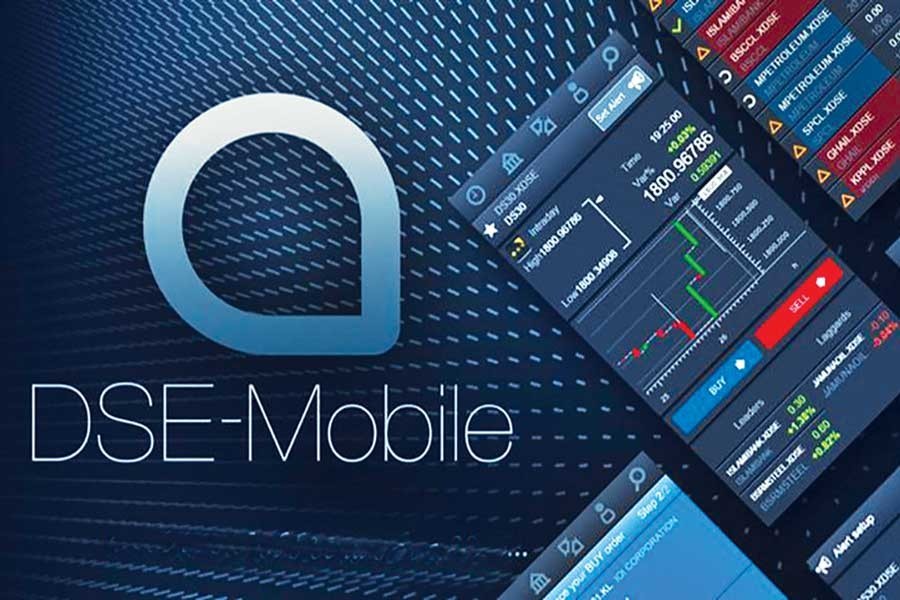 Share trading through DSE mobile app continued to rise on the Dhaka Stock Exchange as the number of active users of the digital application exceeded 53000-mark.

The number of active users of the application increased to 53,254 as of March 25 this year from that of around 51,199 three months ago on January 1, according to DSE statistics.

The prime bourse added 2,055 new mobile app users in the just three months of the year despite bearish market outlook.

The core index of the DSE lost 444 points or nearly 10 per cent in January-March of the year.

The number of trades executed through DSE mobile app also soared in 2019 in line with the increased number of users.

People familiar with the development said the number of mobile app users may increase further in near future as the bourse discourage clients for rushing in the brokerage house due to the rising number of Covid-19 cases in the country and encourage trade through mobile app.

A DSE official said, during January-March this year around 5.0 per cent trades were executed through DSE mobile app which was 3.0 per cent in the same period last year.

He said the prime bourse is trying to facilitate investors through best uses of technology as investors' interest to DSE mobile app is gaining momentum.

He noted that the existing transaction system does not provide instant account related information without making any call to a traders, the DSE mobile app gave that comfort to investors.

"Considering the fact, the bourse is optimistic that the application will be popular gradually," he said.

Some market experts, however, said the number of users of the app was insignificant compared with the number of beneficiary owners' accounts.

According to the Central Depository Bangladesh Ltd (CDBL), which preserves electronic data of all individual and institutional investors, the total number of active BO accounts is 2,578,327 as of March 25.

The application was developed by FlexTrade Systems, a global leader in broker-neutral trading platforms.

The DSE on March 9, 2016 launched the mobile-based share trading app.

The app is available on Google Play Store and offers features to help users track the indices and get market and company information.

Investors, first need to be registered with the concerned broker, then install the app from the Google Play Store.

Apart from executing buy and sale orders, the app provides some featured information, including buy or sell alerts, notifications and portfolio status to the investors, which are not easily available on the website or via brokers' services.