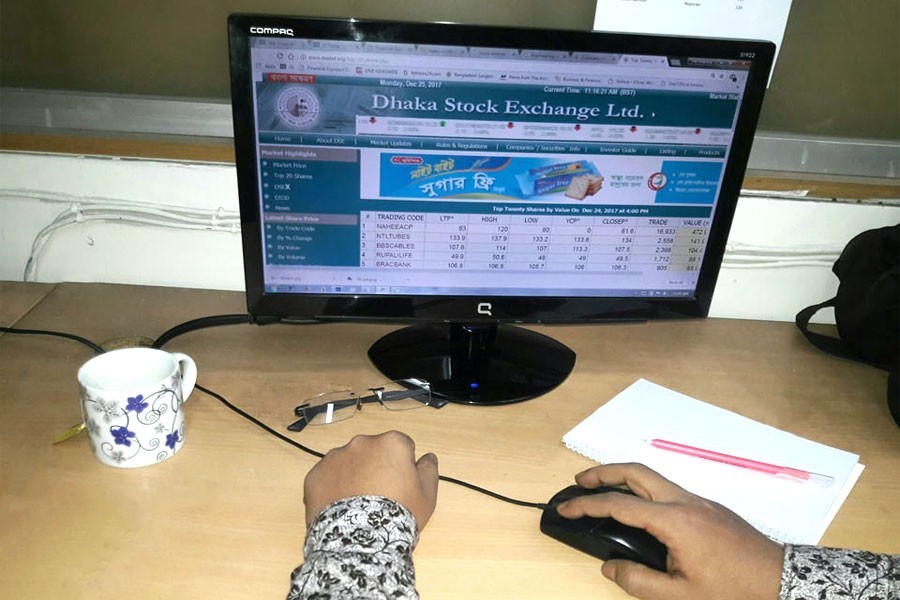 Ten most traded firms accounted for one-third of transactions on the Dhaka Stock Exchange on Thursday with LafargeHolcim continuing to dominate the turnover chart for seventh straight session.

Market operators said investors remained active trading in shares of LafargeHolicm after the Supreme Court had approved amalgamation of its subsidiary Holcim Cement (Bangladesh) with its parent company LafargeHolcim recently.

According to data available with the DSE, about 10.13 million shares of LafargeHolcim were traded, generating a turnover of Tk 500 million, 11.37 per cent of the day's total turnover of Tk 4.39 billion.

The multinational cement manufacturer's share closed at Tk 50.30, up by 5.89 per cent over the previous day. It was the highest closing price in one year. It hit the day's high at Tk 51.10.

The LafargeHolcim, which was listed on the DSE in 2003, disbursed 10 per cent cash dividend for the year ended on December 31, 2018.

The sponsor-directors own 64.68 per cent stake in the company, while institutional investors own 15.19 per cent, foreign investors 0.99 per cent and the general public 19.14 per cent as of December 31, 2019, the DSE data showed.

ADN Telecom came second on the turnover chart, with shares worth Tk 151 million changing hands. The company's share price rose 6.61 per cent to close at Tk 45.10.

Paramount Textile clinched the third spot, with shares worth Tk 149 million changing hands. The company's share closed at Tk 65.20, lower by 1.06 per cent.

The turnover of Square Pharma was Tk 96 million. The company's share price closed at Tk 198.20, gaining 0.40 per cent over the previous day.

Khulna Power also made its way to the week's top turnover chart, with shares worth Tk 65 million changing hands. The power generation company's share fell 0.39 per cent to close at Tk 50.60 each.