Tk 1.5b from CMSF in stocks 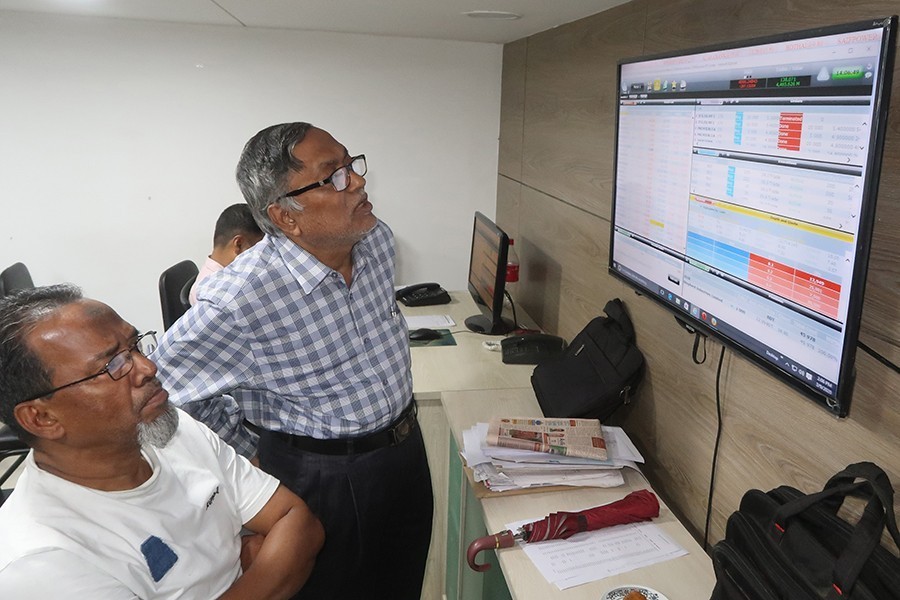 The Investment Corporation of Bangladesh (ICB) has ploughed Tk 1.5 billion into the stock market from the Capital Market Stabilisation Fund (CMSF), officials say.

Earlier, it received Tk 1.0 billion from the CMSF with an eye to enhancing liquidity support in the market.

On April 18, the state entity invested another Tk 500-million funds received from the CMSF.

"The CMSF has boosted the capital market. The ICB received another amount of Tk 500 million from our fund and the entire Tk 1.5 billion is already invested in the stock market," says CMSF chief operating officer Md Monowar Hossain.

The Bangladesh Securities and Exchange Commission in a gazette notification on June 27 issued rules for the CMSF to help revitalise the market along with settling investors' claims on undistributed/unsettled dividends.

The CMSF comprises undistributed or unsettled dividends, say cash, stock and rights. Officials say the CMSF has so far received Tk 4.50 billion in cash and shares worth Tk 3.25 billion in market price from the issuers of the listed securities.

A large number of issuers are yet to deposit investors' unclaimed dividends into the CMSF.

The securities regulator has recently asked those issuers to deposit the unclaimed dividends within by the May 31 extended timeframe.

The deadline has been extended for the third time.

As sponsor, the CMSF has already contributed Tk 500 million to the fund to be floated in order to facilitate the stabilisation of the market.