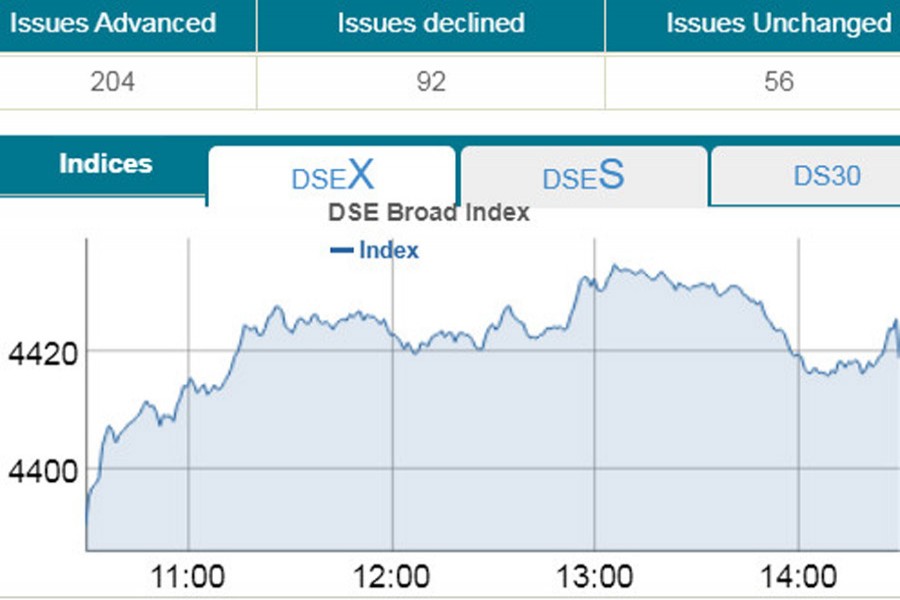 Stocks rebounded on Thursday, after hitting 42-month low in the previous day, as bargain hunters showed their buying appetite on sector-wise shares.

Positive support of institutional investors including state-run Investment Corporation of Bangladesh (ICB) also played a vital role to close the in the positive note, said a leading broker.

Turnover, another important indicator of the market, stood at Tk 3.05 billion, which was 28 per cent higher than the previous day’s 21-month lowest turnover of Tk 2.39 billion.

The gainers took a strong lead over the losers as out of 352 issues traded, 204 closed higher, 92 ended lower and 56 issues remained unchanged on the DSE trading floor.

A total number of 93,454 trades were executed in the day’s trading session with trading volume of 99.84 million securities.

The market capitalisation of the DSE also rose to Tk 3,384 billion on Thursday, from Tk 3,365 billion in the previous session.

Zaheen Spinning was the day’s best performer, posting a gain of 10 per cent while ICB Islamic Bank was the day’s worst loser, shedding 6.66 per cent.

Here too, the gainers beat the losers as 128 issues closed higher, 63 ended lower and 33 remained unchanged.