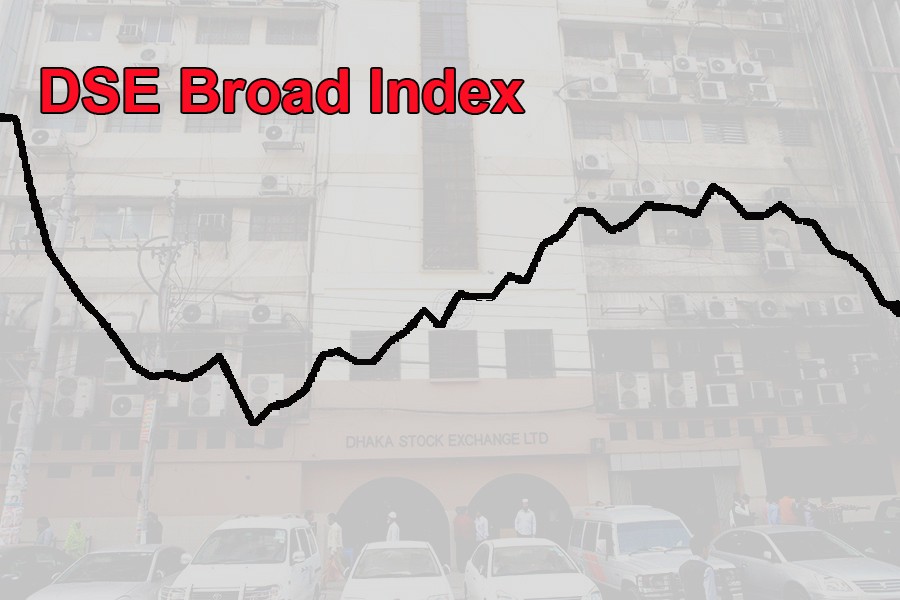 Stocks witnessed downward trend in early trading on Tuesday as market reacted negatively to the central bank’s action against the overexposed banks.

Bangladesh Bank fined seven banks for violating stock-market rules by way of miss-reporting on share investment and over-exposure which created panic among investors.

As a result, DSEX plunged 1.23 per cent on Monday, the biggest single-day fall in five months.

Within first 15 minutes of trading, the key index of the country’s prime bourse fell more than 33 points while the Selective Category Index of port city bourse lost 56 points at 10:45am.

However, it recovered most of the early losses and after 30 minutes of trading, DSEX lost 13 points while the Selective Category Index of port city bourse los fell 30 points at 11:00am when the report was filed.

Turnover, the important indicator of the market, stood at Tk 1.48 billion when the report was filed at 11:00am.

Of the issues traded till then, 107 advanced, 101 declined and 44 remained unchanged.