Stocks fall after a single-day break 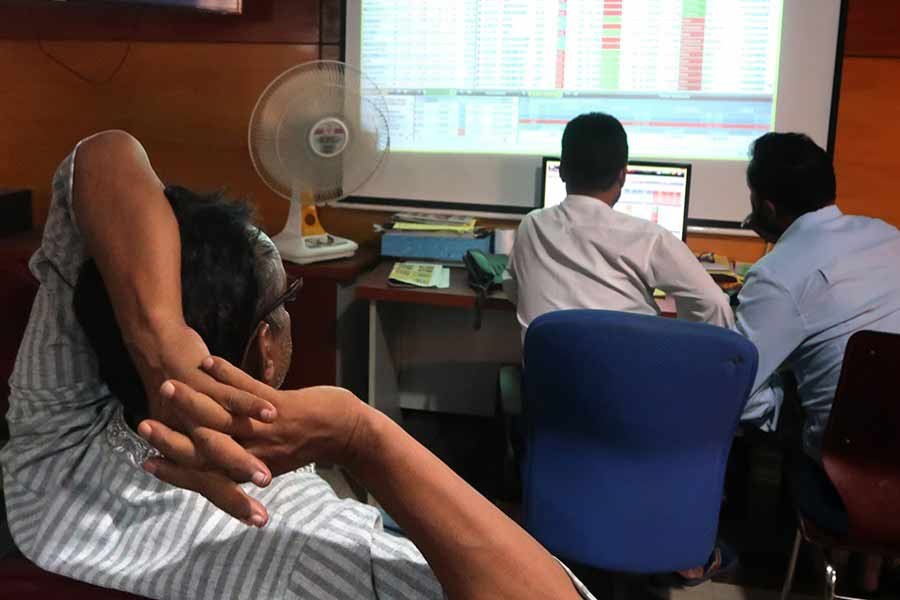 Stocks backed to the losing streak on Tuesday, after a single-day break, as cautious investors went on a selling binge on sector-wise issues amid ongoing market volatility.

Following the previous day’s steep rise, the market opened higher and the key index rose about 44 points within the first hour of trading. But the rest of the session went down steadily, ultimately ending over 50 points lower.

DSEX, the core index of the Dhaka Stock Exchange, slid 50.08 points or 0.79 per cent to settle at 6,211, after surging over 118 points the previous day riding on the government’s moves to revamp the ailing market.

Market insiders said the stock market regulator and the finance minister had taken a number of initiatives to increase fund flow in the stock market but failed to sustain the market momentum.

Despite the government moves, the confidence of investors is yet to recover as uncertainties persist due to the un-abating Russia-Ukraine war and volatile commodity prices globally, said a merchant banker.

The energy regulator has recommended raising the bulk electricity price by nearly 58 per cent, which will have a negative impact on companies’ profitability, he said.

Turnover, a crucial indicator of the market, stood at Tk 6.60 billion, which was 0.30 per cent higher than the previous day’s tally of Tk 6.58 billion.

The Chittagong Stock Exchange (CSE) also ended lower with the CSE All Share Price Index (CASPI) shedding 117 points to settle at 18,282 and its Selective Categories Index (CSCX) losing 71 to close at 10,968.

Of the issues traded, 169 declined, 74 advanced and 38 issues remained unchanged on the CSE trading floor.