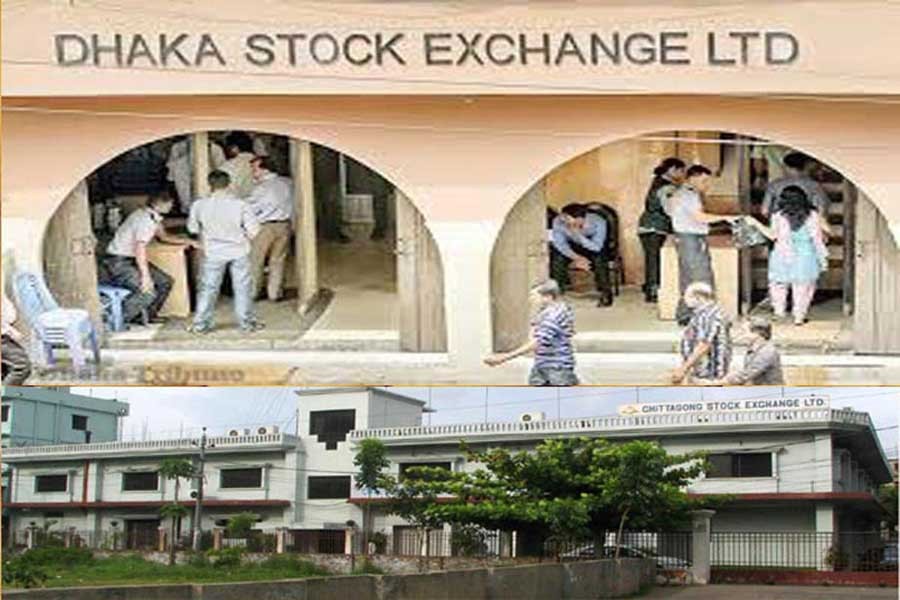 Dealers said investors mostly preferred to pocket profit on stocks that saw significant gain in recent upsurge while some were busy for rebalancing their portfolio, taking the market in the red zone at closing.

“Correction occurred as the market witnessed a substantial gain in the past few trading days, which prompted many investors to book quick-profit,” said an analyst at a leading brokerage firm.

The market opened with a flying note and prime index of Dhaka Stock Exchange (DSE) crossed the 6,100-mark within a few minutes, but the risk-averse investors preferred to book gain that saw significant surge in recent time, ultimately ended more than 13 points lower.

DSEX, key prime index of the DSE which replaced the DGEN four-and-a-half-year back, went down by 13.83 points or 0.23 per cent to settle at 6,069, after adding about 228 points in the past eight consecutive sessions.

However, the two other indices maintained their record-breaking rally. The DS30, comprising blue chips, advanced 3.39 points or 0.15 per cent to close at 2,160.

Trading activities remained encouraging as turnover crossed Tk 13 billion and amounted to Tk 13.70 billion, which was 30 per cent higher than the previous day’s turnover of Tk 10.50 billion.

A total of 0.182 million trades were executed on Wednesday with the number of securities totaling 466.39 million.

The total market capitalisation of the DSE came down to Tk 4,050 billion from the previous day’s record high of Tk 4,054 billion.

The losers took a modest lead over the gainers as out of 323 issues traded, 163 closed lower, 138 higher and 22 remained unchanged on the premier bourse.