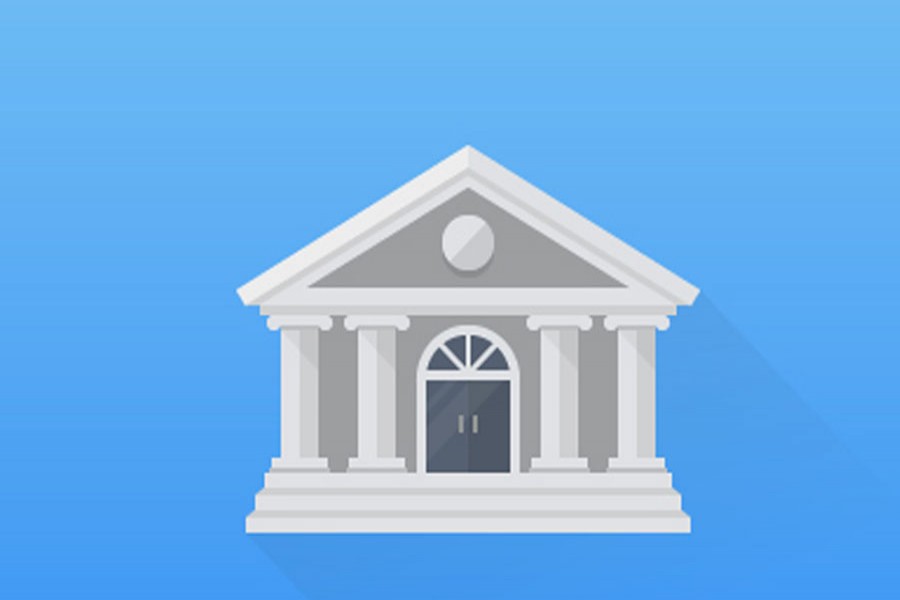 The country's capital market has become mostly dependent on the banking sector in recent times mainly due to increased participation in transactions of banks' shares by the sponsor-directors, according to stock brokers and market insiders.

The banking sector contributed up to around 40 per cent of the total market turnover in September. On October 02, its contribution to the day's total turnover went as high as 56.4 per cent, according to Dhaka Stock Exchange (DSE).

The market's dependency on the banking sector was also proved on Monday, when the broad index (DSEX) of the premier bourse witnessed a sharp loss of 1.23 per cent or 76.60 points to close at 6128.89 points due to the price correction mainly of the listed banks.

The recent market trend, particularly during the last couple of months, raised eyebrows of many as to why only the banking shares were dominating in the market.

They said that the transactions by the sponsor-directors also inspired the general investors, who have 'weaknesses' in banking shares, to take part in share trading.

Market insiders said that perhaps the directors were taking position by purchasing shares of banks ahead of finalising the proposed amendment to the Bank Companies Act.

The amendment proposal is to double the number of directors to four in a bank's board from a single family and extend the tenure of share-holding directors to nine years from six years.

As per the securities rules, the sponsor-directors are required to hold at least two per cent shares of the banks listed with the stock exchanges.

"There is no doubt that the directors are purchasing shares of banks to include two more family members in the board. Secondly, the share prices of banks were low for a long time," said Ahmad Rashid, president of DSE Brokers Association (DBA).

In 2016, the banking sector had grabbed only 8.87 per cent of the annual market turnover worth above Tk 1.19 trillion. Since June, 2017 the banks started taking the highest percentage of the turnover.

"A section of general investors have weaknesses in banks' shares. Their participation also increased following the directors' buy orders for a large volume of shares," said managing director of a leading brokerage firm, on condition of anonymity.

Mohammad Saifur Rahman, an executive director of the securities regulator, said that due to a large number of shares in market capitalisation, the ups and downs of banking sector is being reflected in the broader index and the market turnover.

"Many small investors have a tendency to follow big ones. That's why the banks observed huge turnover in recent times," said Rahman, also the spokesperson of the Bangladesh Securities and Exchange Commission (BSEC).

The banking sector comprising 30 companies has around 20.58 per cent share in market capitalisation of the premier bourse.

The price earning (P/E) ratio of the banking sector is 10.73 calculated for September last.

"Regionally, it has been observed that the banks' shares are traded even at two times of book value if they have performing parameters," he said.

Many of the listed banks, however, displayed upward trend in their un-audited financial statements for the April-June quarter of 2017.

Some other market insiders said the greater amount of negative equities has been incurred by the subsidiaries of banks after the 2010-11 stock-market debacles.