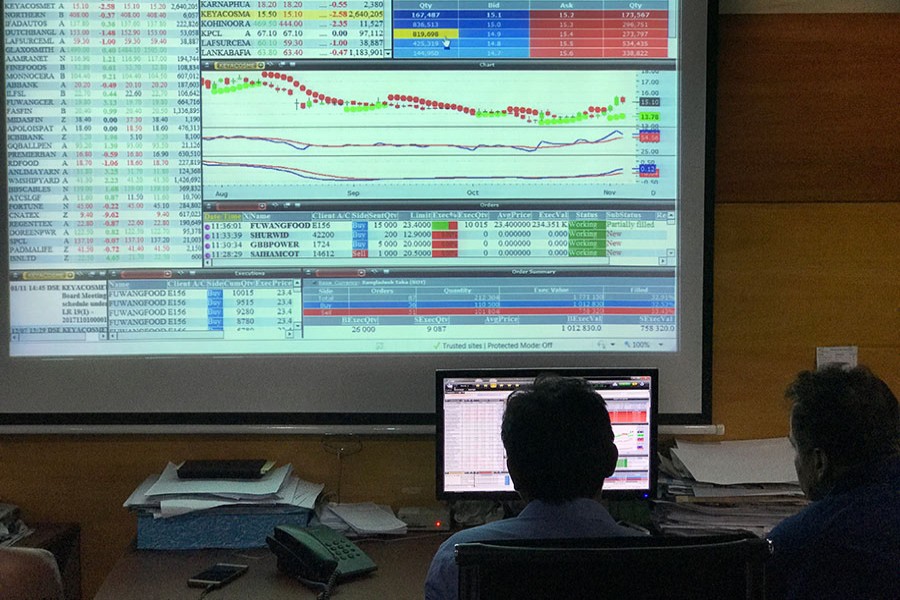 The government's revenue earnings from the Dhaka bourse slumped 39 per cent in seven months in the current fiscal year as trading volume was on the decline.

The government bagged revenue worth Tk 846 million in July-January period of the fiscal year 2019-20 which was Tk 1,394 million in the same period of the previous fiscal, according to data from the DSE.

The DSE, on behalf of the government, collects tax as TREC holders' commission and share sales by sponsor-directors and placement holders at the rate of 0.05 per cent and 5.0 per cent respectively and deposits the amount to the government exchequer.

However, the government earnings from the DSE rose 30 per cent month-on-month in January, 2020 compared to December 2019, according to DSE data.

The government bagged revenue worth about Tk 119 million in January 2020 which was Tk 91 million in December, 2019.

He noted that the earnings are related to turnover. It's usual that tax will fall if the turnover declines.

The daily average turnover for the July-January period of the current fiscal year came down to Tk 4.30 billion, which was Tk 7.40 billion in the same period in the previous fiscal.

However, the DSE paid tax worth Tk 4.47 billion in the FY 2010-11, the highest in its history, when the market witnessed a wild trend before crashing.