MD Zafar Alam shares the goal in an interview 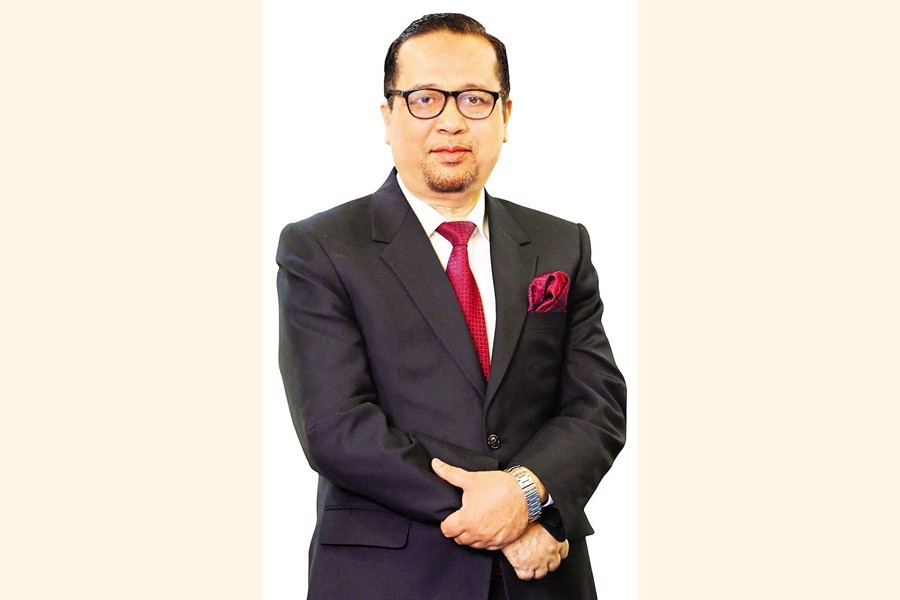 Social Islami Bank Limited (SIBL) aspires to become one of the three leading Islami banks in the country by the next couple of years, with a greater focus on technological development.

To reach the target, the second generation Shariah-based Islamic bank that came into operations in 1995, apart from the traditional items, introduced various deposit and investment products alongside taking various steps to raise the flow of both inward and outward remittance.

"We want to be seen as one of the top three Islami banks in the country in the next two years. Keeping this target in mind, we have been taking various initiatives over the last several months," Managing Director and Chief Executive Officer of SIBL Zafar Alam said in an exclusive interview with the FE, ahead of the bank's 27th founding anniversary to be celebrated today (November 22).

Despite the ongoing global economic uncertainty, he said, the bank runs its activities pretty well by successfully overcoming the existing challenges and continues expanding its strong footprint across the country.

Sharing some statistics, he said the volume of deposits in the bank rose to over Tk 361 billion (Tk 36,142 crore) until September this year from Tk 334 billion (Tk 33,408 crore) recorded a year ago.

In terms of inward remittance, the SIBL managing director said they have already received remittance worth Tk 19.88 billion (Tk 1,988.08 crore) this year as of September 2022 and the volume increased by over 71 per cent from the previous year when the figure was Tk 11.61 billion (Tk 1,161.22 crore).

About the trend of import, he said it has also shot up by nearly 43 per cent.

But they did not face any problem due to the growing import as the earnings come from remittance and exports are more than the costs of imports.

"We're allowing LCs of essential goods with high importance so that no shortage of essential items arises here," he said.

Talking about the reason behind the remarkable growth in receiving remittance, he said they have an E-KYC based app known as 'SIBL Now' that allows remitters to open accounts on their own and send their money back home.

"This is, in fact, encouraging the remitters to send hard-earned remittance to Bangladesh through the baking channel," said the MD.

He also said Bangladesh Bank gave permission to two banks, including SIBL, to deal with the outward remittance. "We are the first bank that has already operationalised the service. Now, we are putting more emphasis on digitalisation activities to make banking completely reliable, trusted and secured over the digital platform."

Apart from the traditional products, he informed that the bank recently launched various non-traditional investment and deposit products, which are getting good response from the targeted communities.

In this regard, Mr Alam said they introduced an investment product for rooftop gardeners in divisional and district areas where an interested gardener can get a loan of maximum Tk 0.3 million (Tk 300,000) without any collateral.

The bank also introduced three deposit products namely SIBL Education, SIBL Marriage and SIBL Health where the people can deposit their money for long-term benefits. Under these products, the bank will invest double of their deposited money at least two years after the deposit schemes are opened.

Giving an example, he said anyone opens the SIBL Education scheme for their five-year old children; after 15 years, they might require a large amount of money for higher education purposes of their beloved sons and daughters.

"If the deposit with us reaches Tk 1.0 million, the bank will be investing another million under the product. So, it will be a good option for many," he said.

Talking about another product, he said the retired persons often face problems because of their failure not to properly use their service benefits. "We are going to introduce a product under which the senior citizens can keep their money and will enjoy an additional 1.0 per cent benefit than other depositors."

Not only that, the depositors in this category will also be entitled to get medicare facilities at 40 per cent discounted rate from the SIBL Foundation Hospital located on Green Road in Dhaka.

"We will also provide them with a transport facility taking them to and from their house in Dhaka at free of cost," the SIBL top executive mentioned.

SIBL continues expanding its networks and operations across the country with a target of bringing unbanked people under the banking coverage.

Now, the number of branches, sub-branches and agents increases to 179, 156 and 350, respectively.