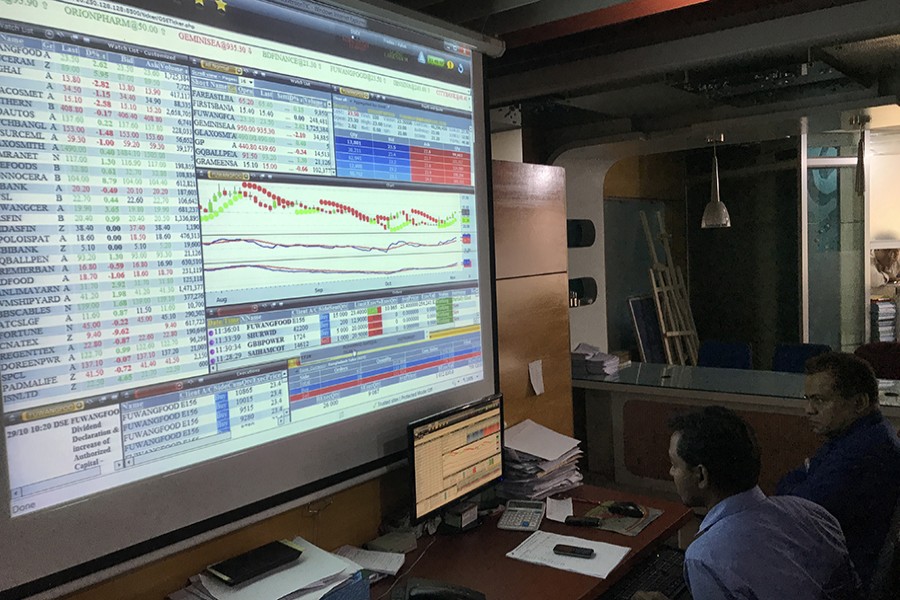 Market analysts said investors were mostly active on low-cap companies' shares, particularly in insurers, amid dividend expectation as their years will be ended on December 31.

Ten most traded companies accounted for more than 24 per cent transactions with Paramount Insurance Company topping the turnover and gainer chart.

According to the DSE data, some 2.28 million shares of Paramount Insurance were traded, generating a turnover of 86 million, which was 2.92 per cent of the day's total turnover of Tk 2.94 billion.

Three directors of the company have expressed intention to buy 500,000 shares of Paramount Insurance at prevailing market price (in the public market) through stock exchange, which also helped the company to top the turnover list, said leading broker.

The Paramount Insurance, which was listed on the DSE in 2007, disbursed 5.0 per cent stock dividend for the year ended on December 31, 2018.

The company's paid-up capital is Tk 332.23 million and authorised capital is Tk 600 million while total number of securities is 33.22 million.

The sponsor-directors own 42.78 per cent stake in the company, while institutional investors own 7.10 per cent, foreign investors 0.02 per cent and the general public 50.10 per cent as of October 31, 2019, the DSE data shows.

Khulna Power came second on the turnover chart, with shares worth Tk 77 million changing hands. The power generation company's share also rose 9.83 per cent to close at Tk 39.10 each.