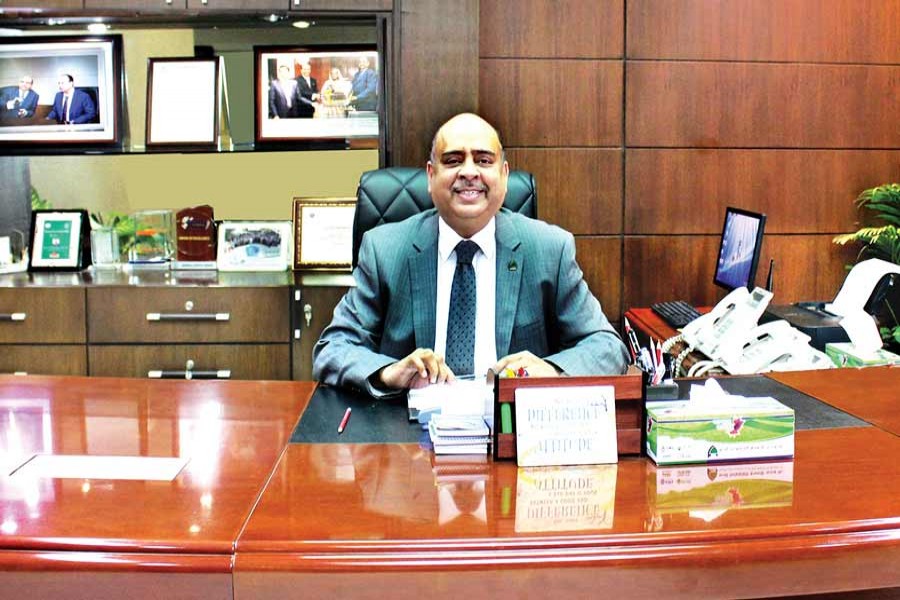 The bank is also procuring low cost deposits to ward off the possible effects due to fall of interest rates and growing competition.

"The banking industry, as a whole, is affected by twin troubles-fall in interest rates and unhealthy competition- and we are not spared from this menace," Syed Waseque said.

"We will become the pre-eminent bank in the industry through offering quality banking services, stable financial strength and fulfilling regulatory compliances," he said adding a proper plan of action has already been taken in this regard.

During the period, the bank invested Tk 264 billion.

A total of 163 branches of the bank are now operating across the country, but it will be 168 by the end of coming December.

FSIBL has a strong footing in corporate social responsibility (CSR) activities in the country.

"Our CSR activities cover education, sports, environment and any creative efforts innovated by young segment of our country," the FSIBL MD disclosed.

Commenting on the growing non-performing loan (NPL) volumes of banking sector, the career banker said the boards of the banks should diligently choice the borrowers on the basis of their track record and capacity to pay off the loans.

The guiding idea for FSIBL to meet the new challenges of contemporary market place is to focus on the power of personal touch and relationship banking.

"No digital innovation can take the place of human touch. But that does not stop us to use the most up-to-date IT solutions for banking infrastructure. State-of-the-art IT solutions is one of the key sources of strength for the bank".

"We introduced many of the tech-savvy products in the market, "Mr Syed Waseque said.

" 'First pay sure cash', a mobile banking product of the bank launched since 2012 has already attracted a large number of customers," he said.

"Our system of corporate governance provides the basis for the responsible management, transparency of processes and compliance to regulatory bodies with a focus on sustainable value creation."

"We at FSIBL are not going to take rest on our laurels and achieve new grounds and highs through leveraging our core strengths in different areas of functioning. As we are turning 19 this year we would like to make it special in every way possible," Mr Waseque added.

"We are committed to enhancing the value of the banking industry brand and epitomise our commitment to the highest professional and ethical standards to mark the completion of 18 years of FSIBL," Mr.

"We are delighted to share our 18th founding anniversary moments and we look forward to working with our stakeholders to further increase the dignity and reputation of our valued entity."

The bank obtained permission from Bangladesh Bank to commence its business on September 22, 1999. Later it converted its banking operation into Islamic banking based on Islamic shariah on January 1, 2009.

The bank, a listed company held its 18th annual general meeting on July 23 last and approved 5.0 per cent cash and 5.0 per cent stock dividend for the shareholders for the year ended December 31, 2016.