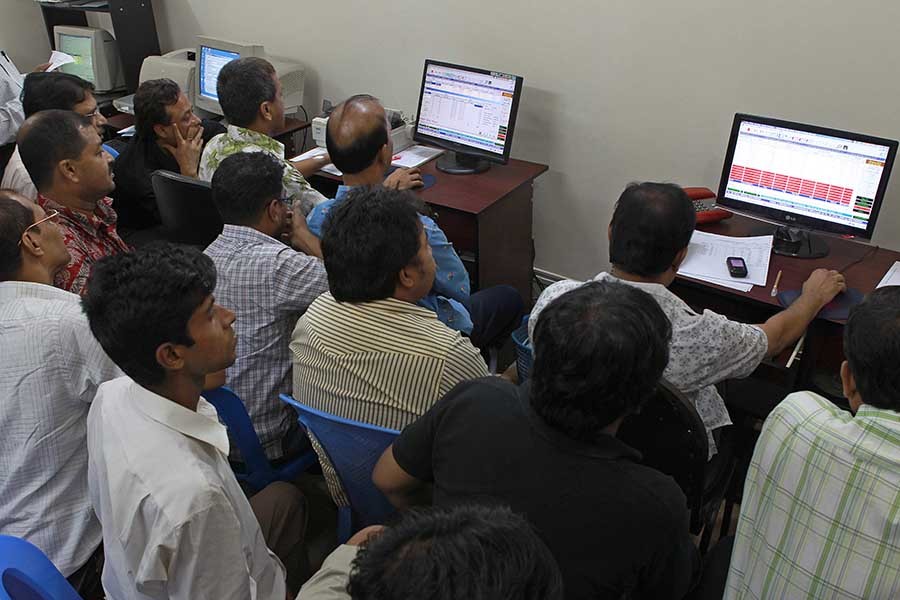 Stocks ended higher on Tuesday, with key index of the major bourse crossing the 6,100-mark again, as optimistic investors were active on sector-wise stocks.

Dealers said the market finished higher after a flat movement in the previous day as some investors preferred to take position on sector-specific issues.

“Banks remained in the driving seat of the market as some investors reshuffled their portfolios with bank sector stocks,” said an analyst at a leading brokerage firm.

The banking sector continued to dominate the turnover chart as nine banks among top traded 10 companies on the day.

The market started with a positive note and the upward trend sustained till end of the session with no sign of reversal, finally key index of the major bourse closed more than 40 points higher.

DSEX, the prime index of the Dhaka Stock Exchange (DSE), which replaced the DGEN in four-and-a-half-year back, settled at 6,133, advancing 40.27 points or 0.66 per cent over the previous day.

Turnover, the important indicator of the market, stood at Tk 8.01 billion on the DSE, which was 13.4 per cent lower than the previous day’s turnover of Tk 9.25 billion.

A total number of 0.128 million trades were executed in the day’s trading session with trading volume of 287.77 million securities.

The total market capitalisation of the DSE stood at Tk 4,085 billion which was Tk 4,059 billion in the previous day.

The gainers took a strong lead over the losers as out of 330 issues traded, 240 closed higher, 65 closed lower and 25 remained unchanged on the DSE trading floor.

Fu-Wang Food was the day’s highest gainer, posting 9.89 per cent rise, while Imam Button was the worst loser, losing by 6.85 per cent.