DSE daily turnover scales Tk 8.0b mark after one month 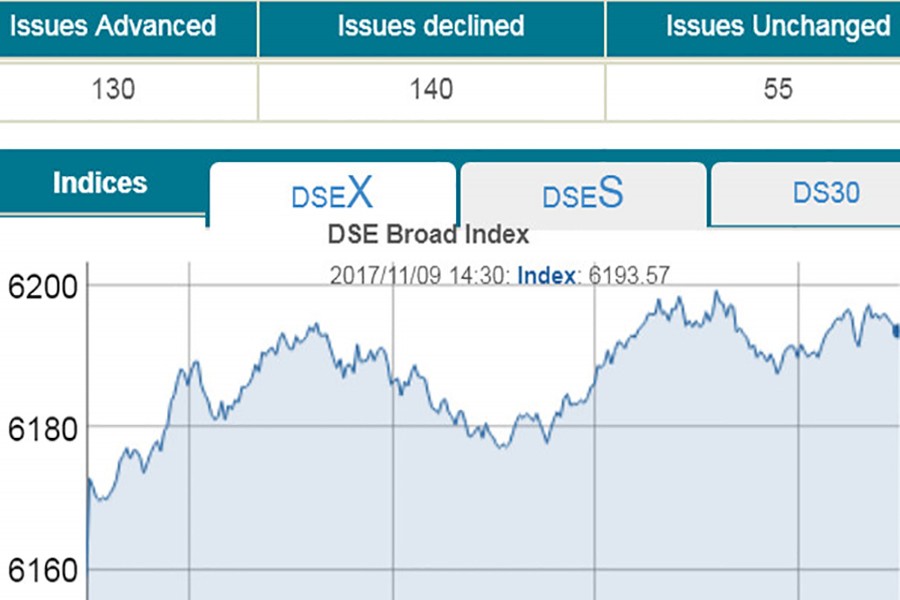 Turnover, a crucial indicator of the market, stood at Tk 8.70 billion on the country's premier bourse, climbing further by 14 per cent over previous day’s mark of Tk 7.65 billion.

It was the biggest single-day transaction since October 11, when the turnover totalled a record Tk 10.92 billion.

Along with rising turnover value, DSEX, prime index of DSE, continued to hold its gaining momentum, adding 34.49 points more to settle at 6,193 points.

DSEX, which replaced DGEN four and a half years back, added more than 121 points or 2.0 per cent in the past four consecutive sessions.

Market insiders said the market continued the bullish trend for the four straight sessions as the enthusiastic investors showed their buying appetite on banking sector stocks.

Losers, however, took a modest lead over the gainers as out of 325 issues traded, 140 closed lower, 130 closed higher and 55 remained unchanged on the DSE trading floor.

Reckitt Benckiser was also the day’s best performer, posting a gain of 6.24 per cent while Qasem Drycells was the day’s worst loser, plunging by 12.35 per cent.