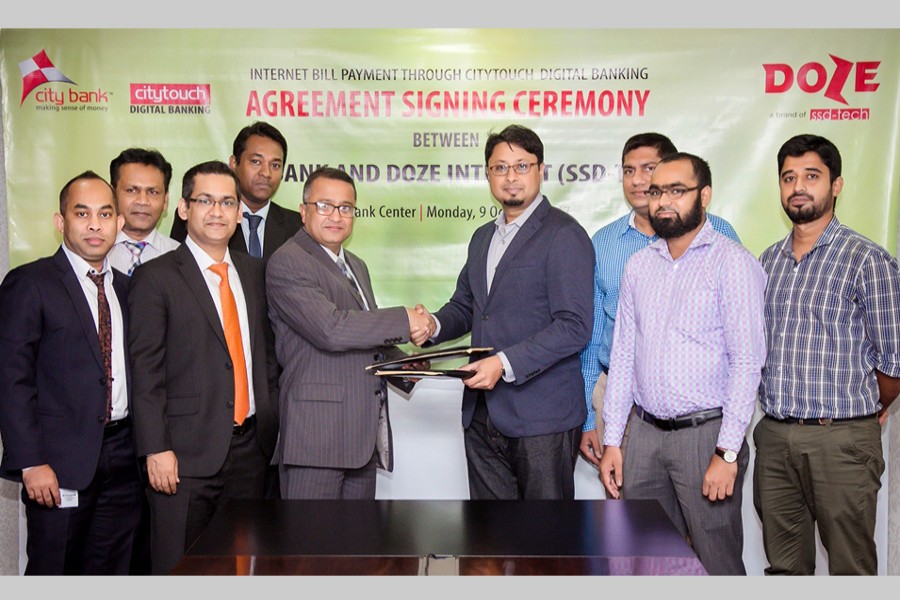 The City Bank Limited has signed an agreement with DOZE Internet, said a press release.

Under the agreement, City Bank customers will be able to pay DOZE Internet bills from their accounts through the bank’s digital banking platform Citytouch.

According to the press release, DOZE Internet is a subsidiary of SSD-Tech.