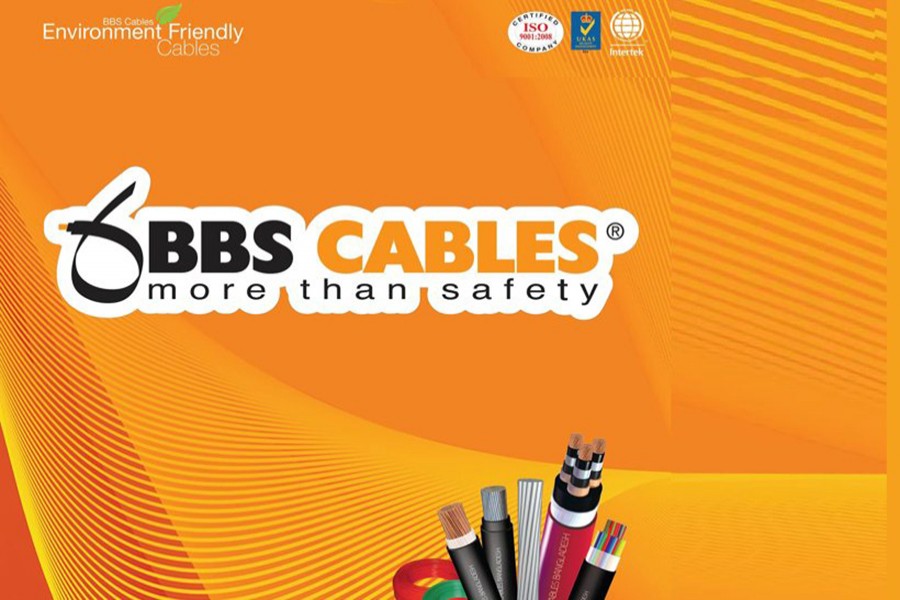 The board of directors of BBS Cables Limited has recommended 5.0 per cent cash and 15 per cent stock dividend for the year ended on June 30, 2017, said an official disclosure on Wednesday.

The final approval of dividend will come during the Annual General Meeting (AGM) scheduled to be held on December 12 at Factory Premises in Gazipur.

There will be no price limit on the trading of the shares of the Company on today (Wednesday) following its corporate declaration.

BBS Cables, which made its shares trading debut on July 31, this year floated 20 million ordinary shares and raised Tk 200 million from the public using the fixed price method.

The company’s share price closed at Tk 136 each on Tuesday at the Dhaka Stock Exchange (DSE).

The company’s paid-up capital is Tk 1.20 billion and authorised capital is Tk 3.0 billion, while the total number of securities is 120 million.

Sponsor-directors own 33.60 per cent stake in the company, while institutional investors own 25.88 per cent, foreign investors 0.15 per cent and the general public 40.37 per cent as on September 30, 2017, the DSE data shows.