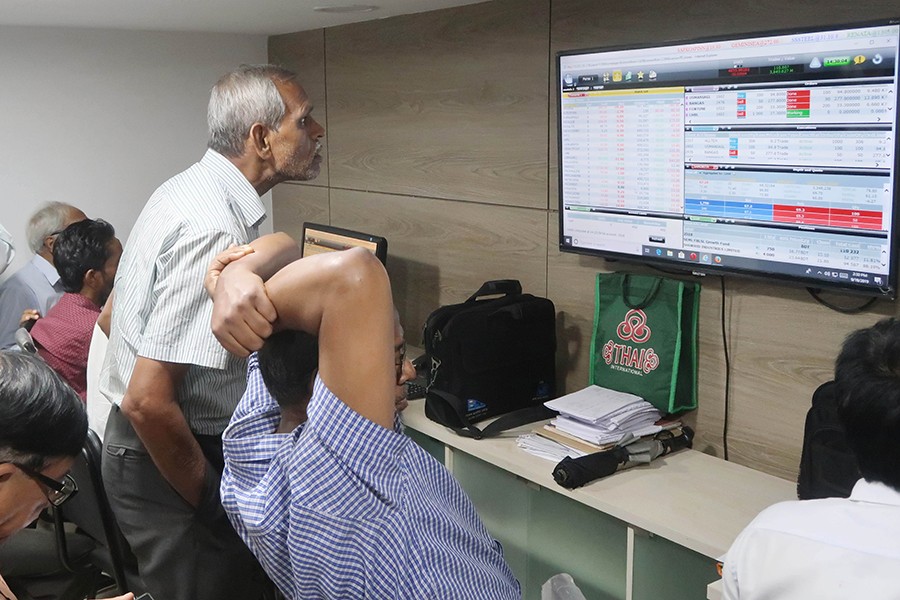 The central bank is set to announce a long-term comprehensive plan this week aiming to support sustainable development of the country's capital market.

Under the plan, the Bangladesh Bank (BB) will provide both liquidity and policy supports to the banks along with other capital market intermediaries, according to officials.

The central bank is working on such liquidity supports to all the share market-related financial institutions at an 'affordable cost' through the scheduled banks in the form of repo (repurchase agreement), they explained.

As part of the move, BB Governor Fazle Kabir heard from the leaders of Bangladesh Merchant Bankers Association (BMBA) on Sunday on the latest situation of the stock market.

A three-member delegation, led by BMBA President Md. Sayadur Rahman, attended the view exchange meeting, held at the central bank headquarters in Dhaka with the BB governor in the chair.

At the meeting the stock brokers explained the necessity of a Tk 100 billion fund to bring dynamism in the share market.

The BMBA earlier sought the fund from the government to rejuvenate the capital market.

"We've sought long-term loans at the meeting at a lower interest rate to boost the ailing capital market," the BMBA chief told the FE while replying to a query.

Besides, the central bank met with senior executives of five leading private commercial banks (PCBs) separately on Thursday on the same grounds, the officials added.

When contacted, a senior banker said the meeting discussed the latest overall market situation alongside the role of the banks.

"We've informed the central bank that liquidity is not a major problem for development of the share market," the private banker told the FE.

The bankers also recommended taking effective initiatives to restore the confidence of investors along with ensuring good governance for revamping the capital market, he added.

The BB's latest move came against the backdrop of a falling trend in the share market in the recent months despite the government's various measures.

The DSEX, the core index of the Dhaka Stock Exchange (DSE), lost a cumulative 746 points in the past three months, and the market capitalisation fell by about Tk 256 billion during the period. However, the market was in reverse gear during the last couple of sessions. Yesterday's session saw the biggest jump in stock prices in the past seven years.

"We've almost finalised the plan that is expected to be announced by the end of this week," a BB senior official told the FE. He also said: "It's a long-term comprehensive plan that is being finalised on the basis of market need along with the stakeholders' opinions."

Regarding the cost of fund or interest rate on the proposed fund, the central banker said the BB is still working on the issue.

The interest rate on the proposed fund might be fixed considering repo, BCR (Bangladesh Compounded Rate) and bank rates, the BB official hinted. Most of the banks, however, still have scope to invest more in the share market under the existing rules and regulations, according to the central banker.

"The banks' investment in the share market is now 12 per cent instead of the permissible limit of 25 per cent of their total eligible capital components in the market," the BB official disclosed. Under the existing provision, the banks are allowed to invest a maximum of 25 per cent of their total capital in the share market on a solo basis under the Banking Companies (Amended) Act 2013.

Stocks up at open